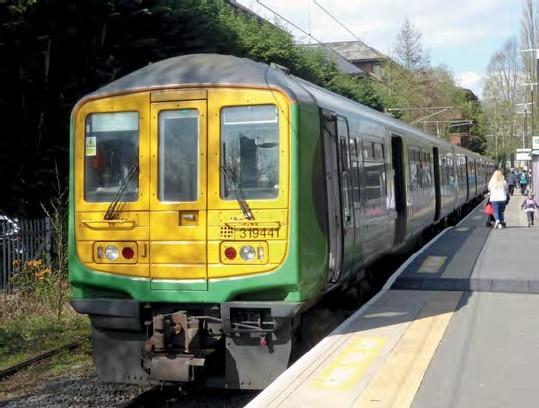 A PASSING loop at Bricket Wood has been recommended to improve the frequency of services on the Abbey line between Watford Junction and St Albans Abbey. A study undertaken by The Railway Consultancy for ABFLY, the Abbey Line Users’ Group, suggests the platform at Bricket Wood be lengthened such that trains stop at different ends of a single platform, similar to the solution adopted at Penryn on the branch line from Truro to Falmouth, which would help to minimise costs. Infrastructure costs of a loop have been estimated at up to £10 million, with the additional operating costs of running more services adding up to a further £1 million.

Services on the single-track line currently operate at a 45-minute frequency on Mondays to Saturdays using one train, which the user group believe represents a barrier to increased usage. The study considered five options for a passing loop, with the Bricket Wood solution thought to be most economically advantageous; other options considered included a conventional passing loop at Bricket Wood with two platforms, a loop just outside the station or a loop elsewhere on the line. The study suggests the increased revenue resulting from improving frequency to half-hourly is likely to cover the capital cost of the work to provide a passing loop, but casts doubt over whether the operating costs of using a second train and additional traincrew would be covered.