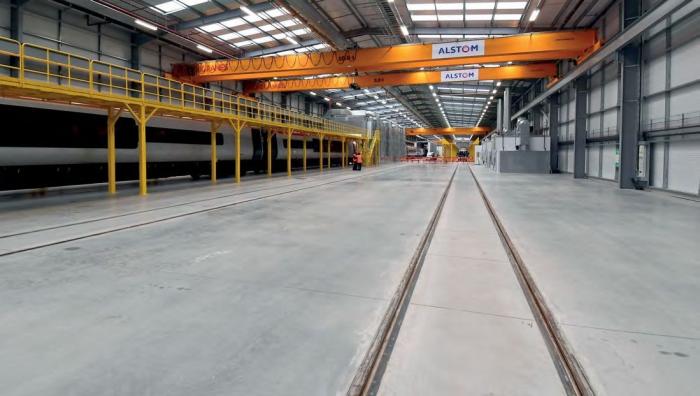 Plenty of space for new build: the train shed at Widnes.
Paul Bigland

ALSTOM HAS opened its new rail technology centre at Widnes, which it says will be the largest rolling stock modernisation facility in the UK.

The 13,000 square metre site will first work on a contract to repaint the 56-strong fleet of Class 390 Pendolinos, which were built by Alstom and are operated by Virgin Trains on the West Coast main line. Once the project gets in full swing, each unit will spend a fortnight in the factory.

Alstom says the majority of the 80-strong team being assembled for the painting contract come from the Liverpool city region and other local areas. The vehicle modernisation facility is geared towards inter-city trains, with the company saying it embraces ‘Industry 4.0’ principles that include virtual reality painting simulators on which the team will be trained and which will be used to validate the work.

The second aspect of the Widnes centre is a training academy, which will open in September and offer 15,000 training days per year. Alstom says this will comprise a mix of upskilling and new apprentices; five new apprentices will work on the Pendolino repaint project.

The site has been designed for future expansion, and Alstom says if it wins a major new build contract such as Transport for London’s Deep Tube Upgrade Programme (which comprises around 250 trains for four lines), new metro trains for the new South Eastern franchise or the contract for HS2, it will build these trains at Widnes. The company had aspirations to build new trains for local operator Merseyrail here, for which contract it was in consortium with Japanese companies, before the depreciation of the pound against the yen in the wake of the Brexit vote pushed up costs by £40 million while negotiations were underway and the partners lost out to Continental rival Stadler.

The lease on Alstom’s parts supply facility at Preston is up next year and this operation is set to move to Widnes. 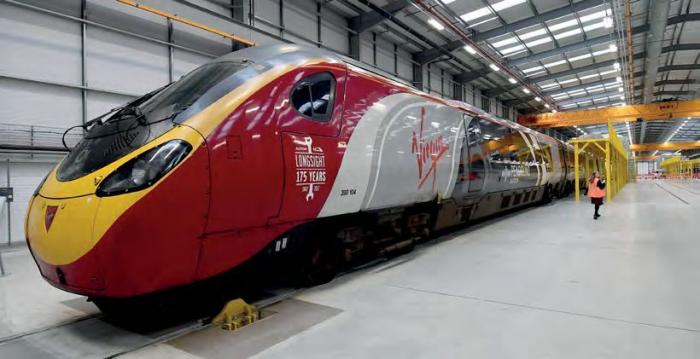 Ideal for Pendolinos: unit No 390104 in Alstom’s new Widnes facility on opening day, 29 June 2017. The first Class 390 to be repainted here was set to arrive in August.
Paul Bigland