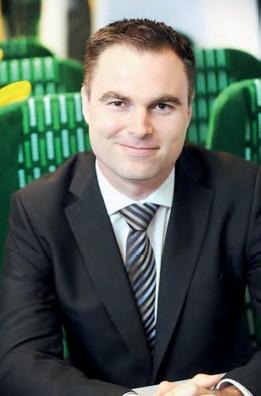 INCUMBENT OPERATOR Arriva has withdrawn from the procurement process for the next Wales and Borders franchise. It announced its decision on the day Tom Joyner took up his post as managing director of Arriva Trains Wales.

Arriva offered no explanation for its withdrawal but said the decision had not been easy. The Welsh Government’s Transport for Wales company, which is managing the procurement of an Operator and Development Partner (ODP), said Arriva decided to pull out for its ‘own commercial reasons’.

The Welsh Government seeks to take control of the Core Valley Lines, north of Cardiff, from Network Rail and to give the ODP responsibility for operating, maintaining and enhancing the infrastructure, with electrification and conversion to light rail among the possibilities.

Bidders for the ODP contract have partnered with civil engineering companies; Costain had partnered with Arriva. The remaining bidders are KeolisAmey, Abellio with Carillion and MTR with BAM Nuttall. Final bids will be submitted by the end of 2017. The 15-year contract is due to begin when ATW’s franchise ends in October.

Mr Joyner had shadowed Ian Bullock, who has moved to Arriva Group, for several weeks before taking over as managing director on 30 October. One of his first tasks was to reassure ATW staff, now that a change of employer is certain.

‘The railway is great at throwing challenges our way’ he tells Modern Railways. ‘Ultimately, it’s a leadership challenge, to lead our people through this period of change.’

He recalls his time as business director for Silverlink Metro in its last two years. Ageing Class 313 units and jaded infrastructure served some challenging areas, with growth not factored in to the franchise. ‘It was a really great place to work. One of my roles was to improve the standards while we were preparing things for London Overground to take over.’

His analogy with ATW’s endgame extends to the successor franchise. ‘The Overground was transformational’, he says. ‘That’s one of the reasons devolution in Wales is so attractive.’

ATW is working on two major projects before handing over the baton. It is preparing for hourly services between Chester and Liverpool, via the Halton Curve, which will commence a couple of months after ATW’s franchise ends, at the earliest. ‘We’re recruiting drivers, doing the risk assessments and getting the route guides ready’ says Mr Joyner.

ATW will have a few months’ use of the ‘769s’ from their expected introduction in the summer. ‘If there are any questions about Arriva’s commitment, we’re investing £1 million into those units in the last year of the franchise. It has been a great piece of partnership working between Arriva and the Welsh Government’ says Mr Joyner.

Currently ATW is working out the best routes on which to deploy ‘769s’. The Valley Lines are prime candidates, but not necessarily all of the Valley Lines. Mr Joyner said ATW had invested in training almost all train crew to work all the operator’s DMU types. However, only a small percentage could be trained for ‘769s’ in the time available.

He draws another analogy from his varied railway career.

‘In London Midland, when we lost the “321s” during a short franchise extension, the only replacement units available were “319s”. We moved from 200 drivers and 200 conductors who signed “321s” to 30 drivers and 30 conductors who signed “319s”. Our ability to step crew up and down was gone.’ Deploying the ‘769s’ over a variety of routes would increase the risk of similar difficulties in South Wales, and Mr Joyner said it was important to do what would be best for customers.

From 2011 to 2013, Mr Joyner worked for Network Rail on future systems, visiting Machynlleth during implementation of the UK’s pilot deployment of European signalling and control. He paid tribute to the ATW and Network Rail staff who made the project work. ‘To prove the concept of ETCS Level 2 has been a positive experience for the railway.’

Since Automatic Route Setting was introduced across Cardiff last winter, there have been cases of inconvenient platform changes.

On a Saturday morning in October, for example, passengers awaiting a train to Holyhead were moved three times between platforms 1 and 0 at Cardiff Central, passing through the gateline each time. Mr Joyner said: ‘No ARS system works perfectly at the start. There needs to be some rewriting of the software. I’ve been to the Wales control centre a couple of times. From what I’ve seen, I’m impressed with the Network Rail Wales team. They’ve done a good job of making changes to ARS. I’ve also seen that they put the customer first and consider the impact on customers on the platform.’ Rhodri Clark 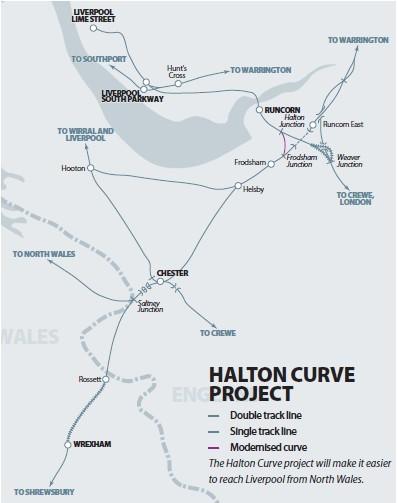