Avanti is Italian for ‘forward’ and the companies say the name reflects a mission to deliver an innovative railway service that is ‘ready for today and fit for the future’ FirstGroup is the 70% majority partner in the venture, which will operate the franchise until at least 2031.

The franchise comprises two distinct parts – Avanti West Coast will run current services on the West Coast main line, with West Coast Partnership Development working with HS2 Ltd and the Department for Transport to develop and operate high-speed services when HS2 opens. The companies say the partnership will build on the success and culture of the current operator ‘by bringing together the best parts of both Virgin Trains and First Trenitalia’.

Committed service enhancements by the new operator include 263 more services every week by 2022: 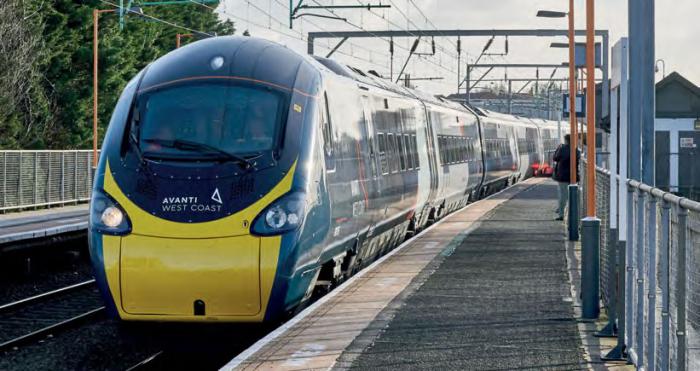 Routed via the West Midlands: No 390156 Pride and Prosperity takes the launch special, the 10.33 London Euston to Glasgow Central, through Aston on 9 December 2019.
John Whitehouse

■ A daily return service between Walsall and London will be introduced in December 2020 with an additional northbound service from 2022.

■ Additional calls will be made at Motherwell from December 2022, with a direct service between London and Llandudno during the summer from May 2021.

When taking over the franchise from Virgin Trains, First Trenitalia has opted to retain the existing management team led by Managing Director Phil Whittingham (‘People’ p106). ‘What we could see was a well-run business with good staff and good people there who are very passionate about the customer’ Steve Montgomery, Managing Director, First Rail, told Modern Railways. ‘We want to build on that; we want to pioneer exceptional as standard and we believe that the Virgin management team, the team that are staying there, can bring that for us.

Mr Montgomery added that the plan is to build on the legacy that has been established: ‘With the innovations that we’re bringing from FirstGroup and Trenitalia it adds a bit more to the mix that’s there. With Avanti West Coast Trains we can take over from the iconic image that’s there and build on that image’.

With Virgin having had a reputation for doing things differently Mr Montgomery also addressed concerns, many from within Virgin, that this would come to an end under the new owners. He dismissed this suggestion firmly: ‘We don’t want to become prim and proper, we’ve said to the team we want them to continue to innovate and to continue to be that bit quirky, that bit different, and they just do it under the new brand name’.

A key element of the new franchise will be to act as shadow operator for HS2 and then operate the first high-speed services over the new line, the responsibility of the West Coast Partnership Development arm of the business.

Caroline Donaldson, FirstGroup’s Bid Director and Managing Director of West Coast Partnership Development, told Modern Railways this work would be led by a core team of 25 to 30 people, with extra staff brought in as required to deliver elements of the work. Key foci will be timetable development, the interiors of the new HS2 trains and elements of the customer proposition off the train. However, she cautioned that the ultimate decision-making responsibility will remain with the Secretary of State for Transport. 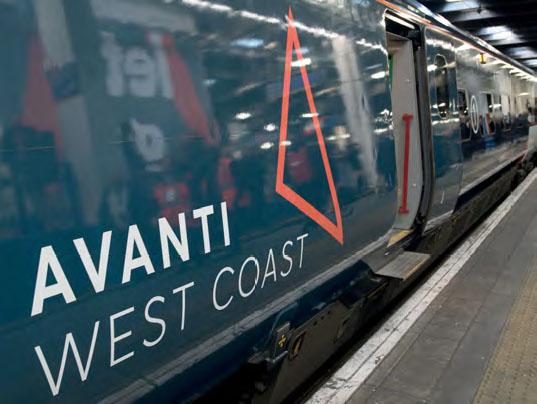 The franchise award was announced prior to the release of the HS2 stocktake report by Chair Allan Cook, which revealed that Phase One would open at least three years later than the originally planned date of 2026. Ms Donaldson said the structure of the franchise contract has flexibility to accommodate such changes, with the option to extend the initial part of the franchise for which First Trenitalia takes financial risk and reward. Once HS2 opens this will revert to an Integrated Operating Contract where the Department for Transport will bear financial risk. The franchise has the possibility of being extended by up to three years from its 2031 end date.

First Rail Managing Director Steve Montgomery told Modern Railways the operator had learned lessons from other franchises that have in recent years faced financial difficulty. ‘The important thing is that we recognise that the economy has changed in a different way, in a way that we haven’t seen before and we’ve built that into this franchise’ he said. ‘There is no doubt that we’ve been more cautious in our approach to this, but we think this was not all about a “money bid” this was about innovation, the quality, the HS2 Shadow Operator role and so on. It’s not just about the highest premium here; it’s very much about making sure that we’ve got a balanced portfolio.’