THE GOVERNMENT has launched a £500 million fund which it says is ‘aimed at kickstarting reversal of the Beeching cuts’. 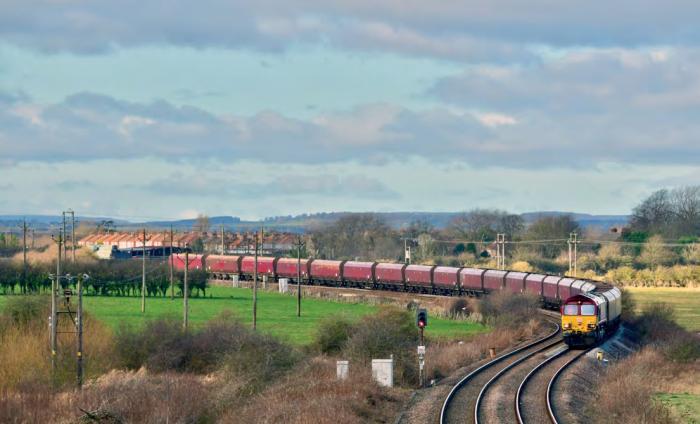 Proposed for passengers: the Blyth route in Northumberland. At West Sleekburn on 4 February 2020, No 66039 hauls coal empties from Tees New Yard to North Blyth.
Bill Welsh

The policy had been announced in November, prior to the General Election. As part of the launch of the reversal scheme, £1.5 million has been allocated to development of reopening of the Ashington – Blyth – Tyne line in Northumberland, and £100,000 towards a feasibility study for reinstating the Fleetwood to Poulton-le-Fylde line in Lancashire. The Fleetwood line closed in 1970, while the ABT line is intact as a freight line but has no regular passenger services. A £300,000 ‘Ideas Fund’ will kickstart the process of reinstating axed local services, with ideas to be considered for further funding in future.

The Government has also announced a fresh round of the New Stations Fund, with £20 million allocated. Two previous rounds have already helped develop 10 new stations across England and Wales.

In a recognition that the £500 million fund will be of little practical use in actually reopening substantial portions of railway, Government says the fund will ‘accelerate the delivery of schemes that are already being considered for restoration, making possible the rapid reopening of certain stations and lines’. Ambitions to reopen lines closed in the Beeching era had been stated by Government as long ago as December 2017, when it published a ‘Vision for Rail’.