The signal box once employed around 60 people with up to 15 on shift at any one time, but since the Angerstein recontrol at Easter 2019 has had a staff of just 15, with one duty signaller plus one relief on shift at a time. The process to move signalling panels out of London Bridge began at Christmas 2014 with the terminal platforms, kicking off a series of transfers associated with the Thameslink Programme and finally the Angerstein and Hither Green recontrols.

Panel 7 at the ASC covering the Hither Green area fringes with Three Bridges ROC to the north and covers the main line as far as Chislehurst, the Dartford line as far as Mottingham and the Bromley North branch; the country end fringes are with the Kent Integrated Control Centre at Ashford. The area of control also includes Grove Park carriage sidings and depots used by DB Cargo and for Network Rail’s infrastructure fleet. 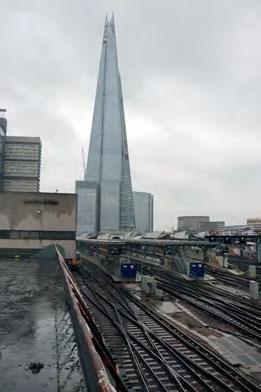 In the shadow of the Shard: view from the roof of the ASC, located in the south-eastern corner of London Bridge station.
Philip Sherratt

The opportunity has also been taken to change the method of detection from track circuits to some 254 axle counters.

Two principal supply points and one auxiliary supply point will be provided to increase reliability and power provision to the system. Following the commissioning the power supply will be reconfigurable; with the exception of the Bromley North branch, if a section loses power another will automatically replicate it, avoiding an outage.

The civils side of the work has included provision of 14 under-track crossings, six signal gantries and two cantilever structures. The general principle has been to install new equipment with modern standards of reliability and maintainability, improving safety at the same time. 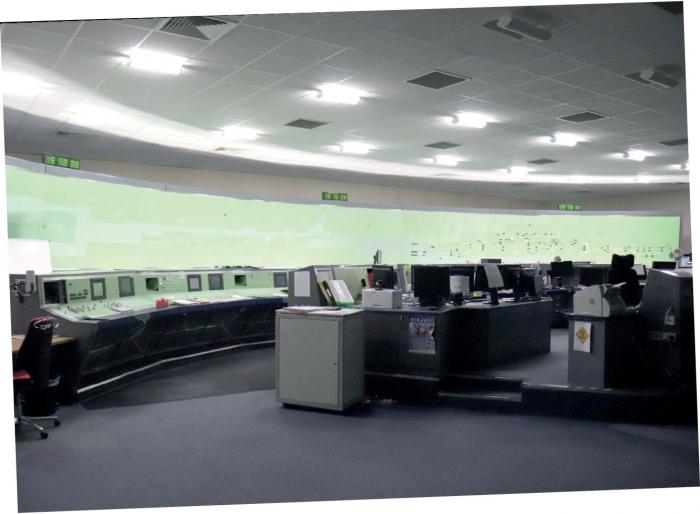 Disappearing panel: the last-remaining section in use at London Bridge ASC is at the far right of the picture.

The Hither Green programme is also introducing flexibility within the signalling system to provide turnback opportunities for use at times of perturbation or during engineering works, with two at Hither Green, two at Grove Park and one at Lee. Moving the signal on platform 3 at Grove Park also enables a 12-car train to be accommodated, rather than the previous 10-car maximum.

The bulk of this work has taken place already, with only a few signals which were not otherwise accessible to be installed during the commissioning weekend. A 103-hour blockade will begin late on Thursday 9 April, with the railway handed back the following Tuesday morning. A collaborative approach between Network Rail and Southeastern has facilitated the necessary possession access to deliver these works. The four-day closure will also be used to undertake various minor upgrades at stations, in a similar manner to the Three Bridges to Brighton project in early 2019.

The Easter commissioning will see the control room at London Bridge ASC close and the relays on the floor below fall silent. Equipment within the telecoms room will remain in use until it is re-sited in the London Bridge Equipment Room built beneath the station during construction work as part of the Thameslink Programme.

The ASC sits at the end of platform 15 of the station, with its presence meaning this is the only platform at London Bridge not cleared for 12-car operation (it can accommodate 10 carriages). However, there are no plans at present to demolish the ASC and extend the platform, with discussions as to future use of the building ongoing.

A parallel programme is targeting reliability improvements in the Lewisham St John’s area, where resignalling is not due until Control Period 7 (2024-29). An investment of around £20 million is seeing replacement of track circuits, installation of LED lights on signals, replacement of faulty cables, provision of plastic shields on electrical components, installation of remote condition monitoring on critical assets and a wet bed removal programme. More than £50 million will be invested to renew junctions at St Johns, Parks Bridge, Courthill, Grove Park, New Cross and Lewisham, where any faults can lead to significant delays for passengers. This area was recontrolled to Three Bridges during the Thameslink Programme, but the equipment was not renewed.