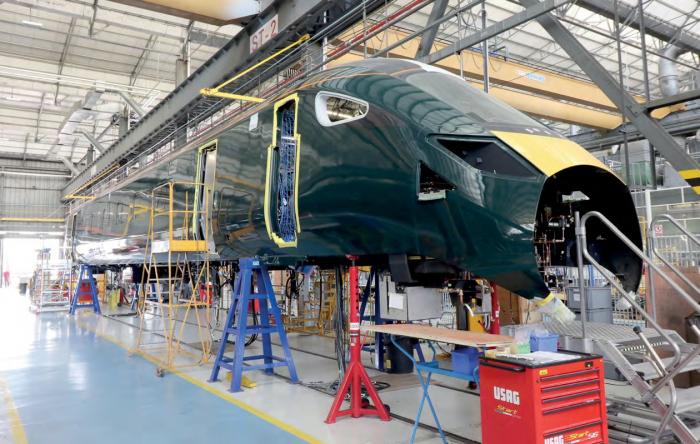 GWR green: driving car from No 802003 under construction.
All photos by Keith Fender

The first two Hitachi-built Class 802 bi-modes for Great Western Railway’s West of England services from London to Devon and Cornwall were due to reach the UK in June. Three pre-series trains are being built at Hitachi’s Kasado factory in Japan, with the remainder built by Hitachi Rail X at the Pistoia plant, which the manufacturer bought from AnsaldoBreda in late 2015.