THE CHASE line between Walsall and Rugeley will be shut for 16 days in August to allow for electrification works on the 15-mile line. The cost for the work is now put at £100 million, up from the £36 million previously quoted by Network Rail in May 2016. It is thought some of the increase could be accounted for by extra work, including gauge enhancement to W10 loading gauge to allow container trains to reach the Pentalver container terminal (p19) and an increase in the linespeed from 45mph to 75mph. Resignalling of the route was completed prior to commencement of electrification work.

The route is electrified as far as Walsall, but the hourly through service to Rugeley is currently operated by diesel units. Network Rail aims to complete the wiring by December this year, allowing electric services to operate from May 2018 and releasing DMUs to bolster services elsewhere.

Work on site began in June 2015, and several bridges have been partially or totally rebuilt, track lowered and manual signal boxes on the route closed. The ABC consortium of Alstom, Babcock and Costain is to deliver the overhead electrification to a design by Atkins. 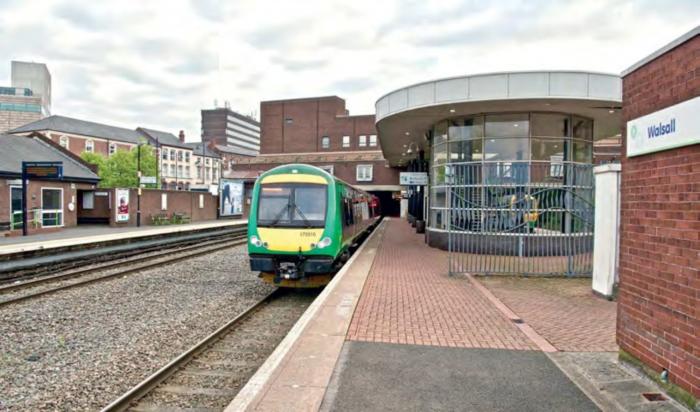 Set to be replaced by an EMU: a Class 170 calls at Walsall while forming the 06.58 from Hednesford to Birmingham New Street on 29 April 2017. John Whitehouse