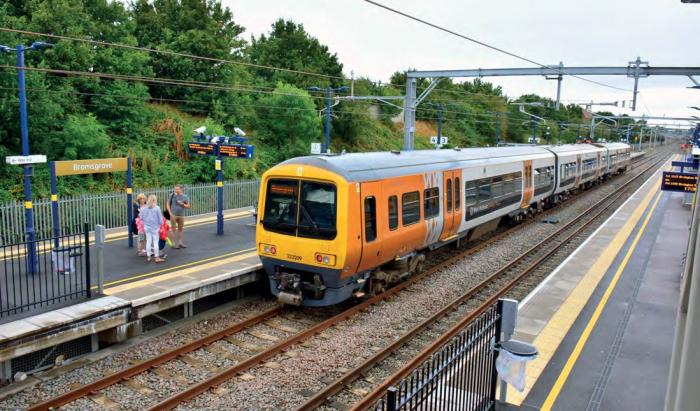 Golden opportunity: EMU No 323209, in the interim West Midlands Railway livery, at Bromsgrove on the first day of electric service at the Worcestershire town, 29 July 2018. Steve Widdowson

From that date most West Midlands Trains services on the Cross City line which previously terminated at Longbridge have been extended through to Bromsgrove, providing up to five trains per hour from the town into Birmingham at peak times and between two and four trains per hour off-peak. At the same time, the calls at Bromsgrove on two morning and two evening peak CrossCountry services have been withdrawn.

Network Rail invested £100 million in installing new track, signalling and overhead wires to allow the new services to run, with test trains running since the wires were switched on in May. A new station at Bromsgrove opened in July 2016, with the relocated station offering improved facilities as well as capacity for the enhanced electric service.