MORE NEW TRAINS IN THE OFFING 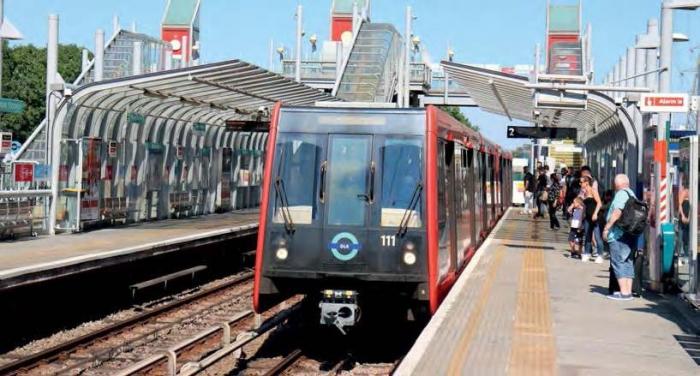 The Docklands Light Railway: train No 111 at Royal Victoria on 25 June 2018. This three-car unit is one of the B07 fleet dating from 2008; as one of the more modern vehicles in the fleet this is one that will be retained when new stock comes in to replace the B90/92s.
Philip Sherratt

AN ADDITIONAL £291 million was allocated for investment in the Docklands Light Railway in the Government’s autumn budget, delivered on 29 October.

The Government said the funding would be provided to unlock 18,000 new homes in the Isle of Dogs and Royal Docks, two of London’s largest opportunity areas. City Hall told Modern Railways the initial bid for DLR funding covered the procurement of 14 new trains (on the back of an existing order for 43, for which a competition is ongoing) along with the purchase of land and stabling works at Beckton depot for the new trains and for the relocation of trains from Poplar depot.

The money could also provide a contribution to the redevelopment of Poplar depot, including a new housing development over the depot and new bridge links across Aspen Way, and a contribution to a new Thames Wharf station to serve Thameside West. Transport for London said it is in the early stages of assessing the potential to develop above and around the depot.

The budget also provided a further £37 million to support the development of Northern Powerhouse Rail, Transport for the North’s proposed inter-city network for the region, featuring a mix of new and upgraded routes as well as full integration with HS2. TfN is preparing a high-level business case for the scheme, which is set to be submitted to Government by the end of the year, and says the conirmed funding allows momentum to continue and will support the next stage of planning and design work.

Other budget announcements included £20 million to develop a strategic outline business case for East West Rail and a £2.4 billion increase in the Transforming Cities Fund.

On Crossrail 2, the proposed north east to south west line across London, the Government said it would consider the recommendations of the ongoing Independent Afordability Review and will consider the case for the project in the Spending Review. 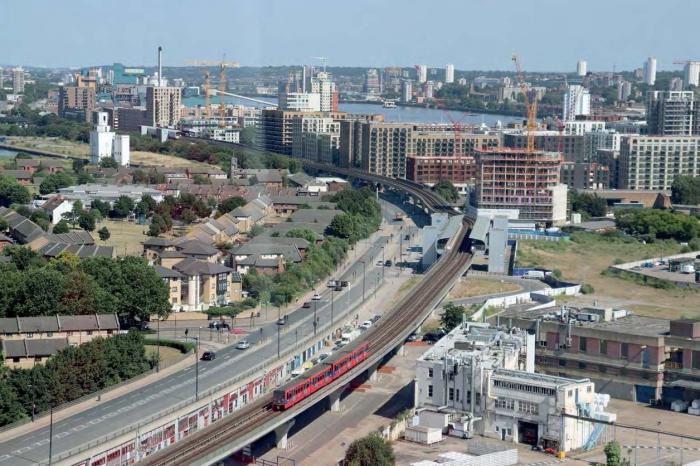 Aerial view: the Woolwich branch of the DLR at West Silvertown, as seen from the Emirates Air Line cable car on 25 June 2018.
Philip Sherratt