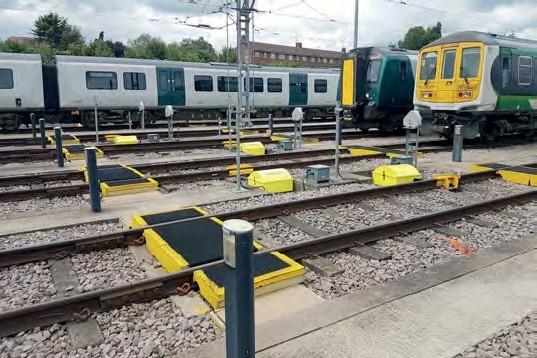 ZONEGREEN IS working with Siemens to overhaul the Depot Personnel Protection System (DPPS) at Kings Heath traincare facility in Northampton.

The Zonegreen system was installed in 2006 and is the first to receive an updated version. The six-road main shed and eight siding roads have been upgraded to the new generation DPPS, which Zonegreen says is more dynamic and intuitive than its predecessor, utilising modern electronics and remote diagnostic features, to make it easier to maintain and extend its lifespan. Zonegreen has also updated its depot manager software.

REVITAGLAZE HAS installed anti-spall safety film to the inside of driver’s cabs of East Midlands Trains Class 153, 156 and 158 DMUs to protect them from accidental and malicious damage.