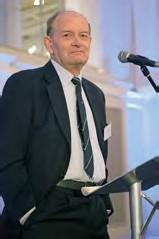 As reported in last month’s column, the Department for Transport has finally accepted Sir Isaac Newton’s argument that a 500-tonne Class 800 bi-mode with the three engines each rated at 750hp could not match InterCity125 timings on the Great Western main line (GWML). The report of a 15-minute difference between Paddington and Bristol, which I found hard to believe until I did some basic sums, has been confirmed independently.

Compounding the issue, the existing British Rail 25kV AC overhead line electrification between Paddington and Airport Junction requires ‘resilience’ modifications to allow 125mph operation by the Class 800 plus 100mph EMUs with three pantographs raised. This work is only just about to start.

With the delusion that flash-in-the-pan acceleration plus shorter dwell times could compensate for lack of grunt finally dispelled, DfT started talking seriously to Hitachi about running the Class 800s’ MTU Series 1600 R80L engines at their full commercial 700kW rating. This will give a five-car Class 800 a similar power to weight ratio to a 2+8 IC125.

According to informed sources, agreement in principle for the full rating was reached on 19 January 2017. Now comes the expensive bit.

Since IEP’s under floor mounted engines are de-rated to 560kW under the Inter-city Express Programme contract, in the interests of reliability and availability, expect some hard-nosed negotiations over compensation for this ‘variation order’. Not only will the engines be working harder, they will be running longer mileages than foreseen.

Following the agreement, trial running began on the GWML at the end of January to check timings at the higher rating. One run had to be halted at Southall when a turbocharger failed – that should cheer up the funders.

Meanwhile over the weekend of 4/5 February a Class 800 was observed running on the RS3 electrified test section between Reading and Didcot. According to informed sources, the tests showed that the electrical interference reported in last month’s column has been ameliorated but not yet eliminated. I still find this issue puzzling, given Hitachi’s long experience of UK electrification.

Finally, for the record, according to Great Western’s Master Availability & Reliability Agreement (MARA) with Agility Trains, the first Class 800 should have completed acceptance on 2 February. An impeccable source confirms that the late availability of the electrified test track has resulted in Agility Trains notifying a 104-day delay to the programme under the terms of its contract. I make the new acceptance date 17 May, which should not affect planned service entry.

Bombardier is mounting a High Court challenge to the award by Merseytravel of its new train contract to Stadler (p8, last month). Confirming the news, a Merseytravel spokesman expressed confidence that the challenge could be defended ‘robustly’.

With m’learned friends on the scene, even informed sources are keeping schtum. Alleged irregularities in the procurement process, particularly the risk assessment of the respective bids, have been suggested as the cause of the challenge. 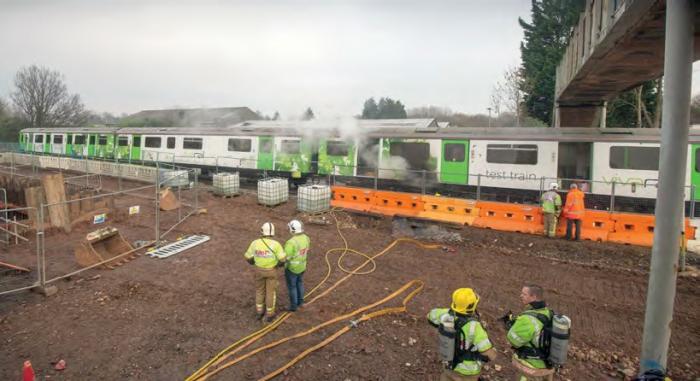 Up in smoke: prototype D Train No 230001 caught fire while on test at Kenilworth along the line between Coventry and Leamington Spa on 30 December 2016. Fraser Pithie 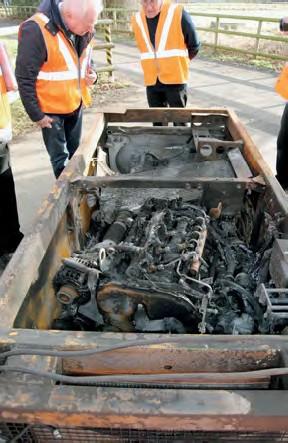 Charred remains: what was left of the engine module after the fire.

A golden rule I was taught as an apprentice was that there are some components you should never reuse when putting things mechanical back together. As Kipling wrote about engineers in his poem ‘The sons of Martha’, ‘They do not preach that their god will rouse them a little before the nuts work loose’: so you don’t reuse old lock-nuts. Nor split pins. All little things that cankill.

Nor, according to the official workshop manual, do you reuse the pipes which take fuel at 4,440 pounds per square inch from the high pressure pump to the injectors in the cylinder head of the Ford engines used in the generator sets (genset) fitted to the Vivarail Class 230 London Underground ‘D’ stock DEMU conversions.

On 1 February, Vivarail released the full report of the company’s internal investigation into the genset fire during main line testing of the prototype Class 230. According to the report, the fire was caused by a leak from a connection in one of the high pressure fuel pipes.

Recent attention to the genset that caught fire had included the high pressure fuel lines being disturbed. According to the investigation report, ‘The procedure that was used to refit the fuel pipes did not follow the Ford workshop manual’s advice not to reuse the pipes’.

While the root cause has been determined, the fire exposed a number of design weaknesses requiring improvements to the vehicle and genset. Detailed report next month.

Meanwhile, I can confirm that Vivarail has an order for a pilot batch of production Class 230 DEMUs. While I couldn’t get any details out of Vivarail CEO Adrian Shooter, the order is for a small single-figure pilot batch. ‘We are starting slowly’ Mr Shooter explained.