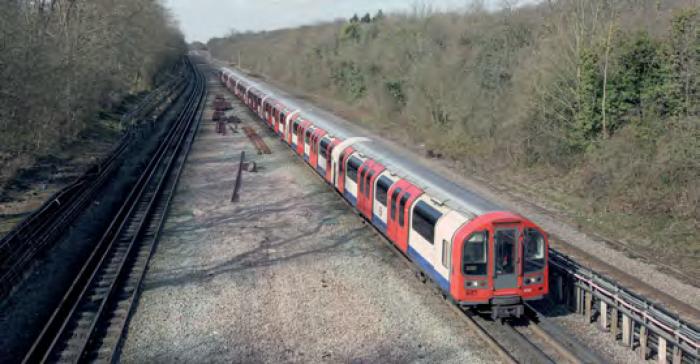 The 1992 stock is among LU’s least reliable fleets but will not be replaced until the 2030s as part of the Deep Tube Upgrade Programme (formerly New Tube for London). A paper to Transport for London’s Programmes and Investment Committee reports that the trains are the last procured by LU to use direct current motors and the first to use electronic rather than electro-mechanical control systems.

The Central Line Improvement Programme (CLIP) has been established to deliver works to ensure the trains can remain in service until they are replaced. As well as a new propulsion system, the on-board train computer will be replaced and floor corrosion damage repaired. The fleet will also be made compliant with accessibility regulations, including the fitment of a visual and audible passenger information system, along with provision of CCTV and replacement energy efficient lighting.

The Waterloo & City trains already have CCTV and will not be fitted with a passenger information system as they only operate between two stations.

The estimated cost of the programme is £321.6 million, and it is expected to reduce customeraffecting failures attributed to the Central Line fleet by 14%. TfL has devised a schedule for the work that brings installation of all elements together, running from April 2019 to December 2022; each train would be in works for 32 days with a maximum of five trains treated at any one time. It is planned to repair two defective Central Line cabs and carry out signalling modifications to enable a shuttle service to be introduced between Hainault and Woodford to partially mitigate the effect on train availability during the delivery of the work.

The work will be carried out at a new Trains Modification Unit workshop at LU’s Acton Works. LU plans to erect a new facility comprising four rail-linked train maintenance roads, a flat maintenance road for component works, welfare facilities and office accommodation. Tenders for a fixed price design and build contract are due to be received in April, with construction due to be completed by December 2018.

LU says the existing TMU facility provides insufficient capacity for delivery of CLIP, is not connected to the railway and cannot accommodate full length trains. The present TMU is also accommodated in buildings that are approaching the end of their structural life. The new TMU is also planned to support delivery of rolling stock heavy maintenance, any modifications needed on the Deep Tube Upgrade Programme, such as signalling equipment fitment, and refurbishment of passenger trains and engineering vehicles.