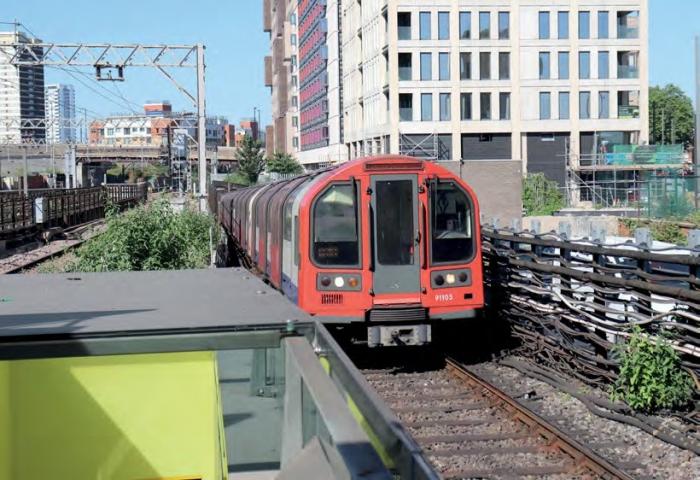 Wings clipped: the Central Line timetable is to be altered to accommodate trains out of commission. Here a train of 1992 stock approaches Stratford on 25 June 2018.
Philip Sherratt

A NEW timetable is to be introduced on London Underground’s Central Line in the New Year to allow trains to be taken out of service for improvement works.

The Central Line Improvement Programme (CLIP) involves fitting new motors and traction systems to the 85-strong 1992 stock fleet, along with interior improvements such as provision of CCTV, wheelchair bays and a visual customer information system. Bombardier has the contract for the work, with two carriages being prototyped at its Litchurch Lane site in preparation for fitment to begin of its Mitrac alternating current (AC) system. Up to five trains will be out of service at a time, with four in works at Acton in west London and one either on test or in transit to and from the works. Completion is planned for 2023.

The new timetable will be introduced on 26 January 2020. From that point, the Hainault to Woodford section, the most lightly used on the Central Line, will revert to a shuttle using four-car units. These are being created by upgrading two driving vehicles used as middle cars within full eight-car trains, giving an extra full length eight-car set to use on the main Central Line service. There will also be a reduction of two trains per hour between Debden, Theydon Bois and Epping, which TfL says is to maintain service frequency between Woodford and Loughton.