TWO MAJOR blockades will take place to enable upgrading of the Island line on the Isle of Wight ahead of the introduction of new trains. 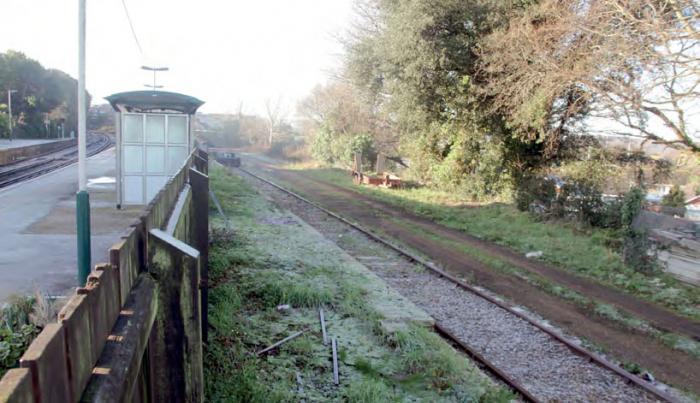 Arrival point: Vivarail Class 484s will delivered to the Island line on this siding at Sandown. Phil
Marsh

The introduction of 5x2-car Class 484 EMUs built by Vivarail requires platforms at Ryde St John’s Road to be lowered while those at Ryde Pier Head, Ryde Esplanade and Smallbrook Junction will be raised to meet accessibility legislation. Once platform heights have been adjusted the current Class 483 stock will be withdrawn because stepping distances will be worsened.

At Brading, where a passing loop will be reinstated to allow the operation of an even-interval half-hourly service, the track will be lowered by 500mm to meet double track foot-crossing and Persons with Reduced Mobility (PRM) regulations. The foot crossing on the Shanklin side will be used for Disability Discrimination Act (DDA) compliant access to the island platform. The track lowering is Network Rail’s responsibility and estimated to cost £1 million; it is currently unfunded and unbudgeted and now subject to negotiations.

NR will upgrade the power supply at Rowborough and install new conductor rail with some of the existing inefficient negative earth return systems removed. Existing 98lb track will be relaid with 113lb, the whole line tamped to give a better passenger ride and Train Protection and Warning System (TPWS) introduced between Ryde St John’s Road and Sandown.

The two blockades will require 7,000 tonnes of material, and to avoid road congestion consideration is being given to running engineering trains over a new connection at Smallbrook Junction between the Island line and Isle of Wight Steam Railway.

The Class 484 trains will arrive by road onto the short siding at Sandown behind the up platform. As one new train arrives, an existing Class 483 might be tripped to Havenstreet and into preservation. Class 484 trains will need to complete 750 miles of rolling test running at Long Marston and another 750 miles on Island line before acceptance. The new 30-minute interval timetable is due to commence in May 2021.