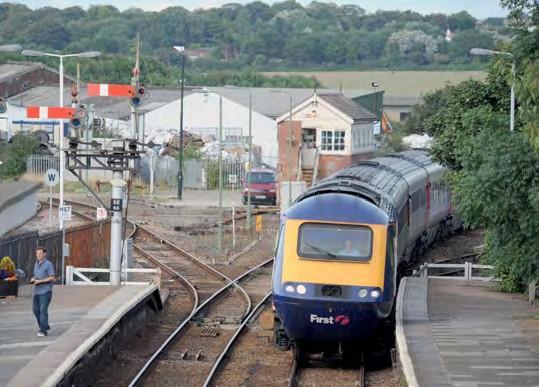 ATKINS HAS won a £9 million contract to upgrade signalling between Truro and St Erth on the Cornish main line.

The company will be responsible for the work from the detailed design stage through to construction, installation, testing, commissioning and entry into service.

The work is part of Network Rail’s Cornwall Capacity Enabling Scheme, which aims to deliver an improved frequency of two trains per hour west of Plymouth in the December 2018 timetable. The work involves breaking up some of the longer block sections on the Cornish main line to enable the more frequent service. A mixture of through trains to London, CrossCountry services, local stopping services and a new semi-fast service between Exeter and Penzance will be provided.

Meanwhile, Great Western Railway’s first shortened HST set fitted with power doors is expected to be introduced on services between Exeter and Penzance early in the autumn. GWR will retain a number of HSTs in 2+4 configuration to cover for delays to a planned cascade of diesel rolling stock across the franchise following issues with electrification of routes in the Thames Valley. The shortened HSTs will be made compliant with persons with reduced mobility (PRM) regulations.