IN THE midst of a changing situation as we went to press, there was widespread concern that the coronavirus pandemic was slashing passenger numbers across the network, causing financial trouble for train operators. 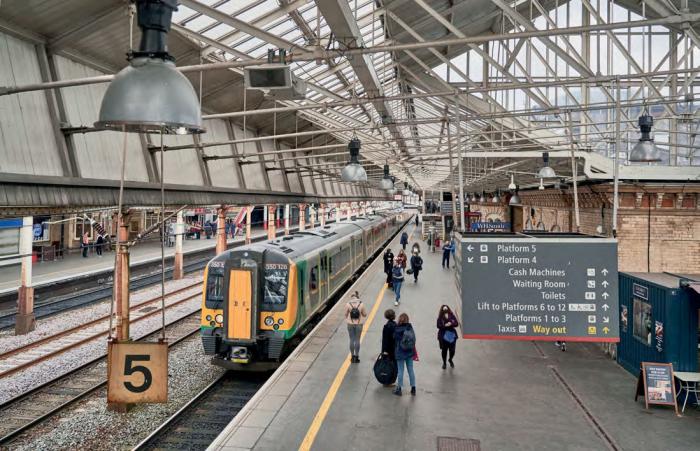 Where have all the passengers gone? Mid-morning at Crewe on 14 March 2020, with a Liverpool Lime Street to Euston via New Street train in shot. John Whitehouse

As awareness of the scale of the pandemic rose, passenger numbers were reported to be falling dramatically. Industry sources suggested that by mid-March some operators were seeing daily flows up to 50% down on the norm with major stations described as ‘ghost towns’.

On 16 March Transport for London reported passenger numbers on London Underground in the previous week were down 19% compared to the same time last year. It says its current forecast, based on Government scenarios, suggests it could lose out on as much of £500 million of passenger income.

The Government was reportedly in talks with train operators to combat financial struggles, in a situation where some companies are already facing challenges.

The Rail Delivery Group was co-ordinating the industry’s response to the pandemic, which it said included enhanced cleaning regimes both at stations and on trains. Some operators waived refund fees as passengers sought to change their travel plans, although as we went to press some were still stopping short of refunding advance purchase tickets but instead offering passengers the right to change their journey free of charge.

The situation came shortly after the Office of Rail and Road published its latest statistics on passenger journey numbers, covering Quarter 3 (October to December). Passenger journeys were up by 2.6% year-on-year, with regional services growing most strongly at 5.0%. Passenger revenue was up by 2.9% and passenger kilometres travelled by 2.1%.

The increase masked some significant variations between operators. Northern saw a 17.5% rise in passenger kilometres in a period in which there were no strikes, while Caledonian Sleeper saw a 17.8% rise, perhaps reflecting the effect of the introduction of new Mk 5 coaches. Despite patchy performance West Midlands Trains saw an 8.1% rise in passenger kilometres, while the 3.1% rise at ScotRail might be considered disappointing now performance has improved and infrastructure work has largely been completed.

On the other hand, South Western Railway saw a 4.0% drop in passenger kilometres, likely due to the extensive strikes during December. Transport for Wales saw a 6.9% fall, with one factor being fewer major rugby matches in Cardiff compared to the same period in 2018. A 1.2% fall at c2c will be concerning, reflecting employment trends in the City of London, while a 1.0% drop at TransPennine Express is less surprising given the performance challenges facing that operator.

While not mentioned by ORR, the general election in December with the associated purdah period and closedown of Parliament may have had an effect – these factors typically depress receipts. The impact of the coronavirus and another freeze in fuel duty will not help the outlook for Q4 (January to March) and beyond.