Previously announced in the Department for Transport’s Statement of Funds Available, ‘up to’ £47 billion will be available to Network Rail over the five-year Control Period, which starts on 1 April 2019. This expenditure covers Operations Maintenance and Renewals, plus the £9 billion ‘tail’ of schemes deferred from CP5 following the Hendy Review of 2015.

Offsetting a ‘significant increase in maintenance to manage a larger, more complex railway’, Network Rail is forecasting overall efficiency savings in operating costs of £830 million over CP6. This is partly offset by external cost pressures. These efficiency savings will represent an 8% reduction in operating costs, reduced to 5% when external cost pressures are taken into account.

Savings on renewals costs of £1.9 billion are forecast in CP6. Once again, these will be offset by external cost pressures, which reduce the percentage saving from 11% to 9%.

Within this total, improved contracting strategies are forecast to save £426 million, while a more stable work bank, the subject of supply industry lobbying, should yield £197 million. Optimised access to the track for engineering work is expected to save £190 million.

Funding has been provided for the early-stage development of new enhancement schemes. Candidate schemes will include those focused on the most pressing capacity challenges on the network. However, Network Rail cautions delivery of new enhancements will depend on the availability of funding from government ‘and other sources’. DfT will announce enhancement projects to be funded during CP6 separately. Of the £10 billion, £9 billion will cover those schemes deferred to CP6 by the Hendy Review. This includes £2.9 billion for the trans-Pennine upgrade.

Within the overall SoFA portfolio, each Route will be able to argue for further investment funding. Network Rail claims this reflects the healthy competition created by having separate CP6 determinations for each Route. Roger Ford 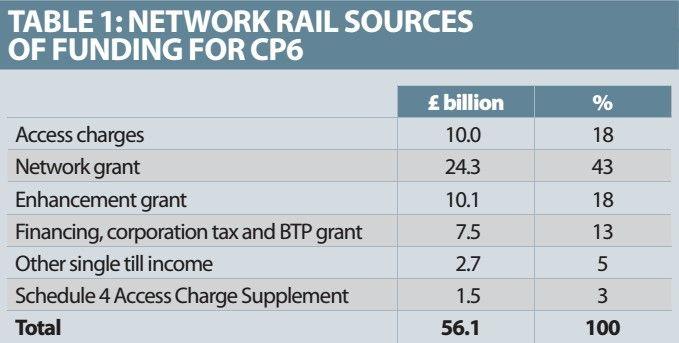 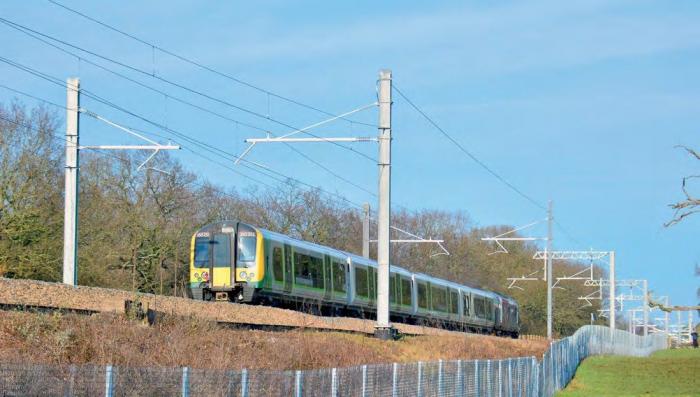 ’Leccy on the Lickey: in a precursor of scenes to come, EMU No 350255 is seen being towed up the Lickey incline by No 37601 on 24 February 2018, after having received corrosion repairs at Long Marston. The wires are up and Class 323 EMUs will be extended to Bromsgrove when the electrification project is completed in the summer. Steve Widdowson

Addressing an infrastructure briefing in London on 1 March, NR chief executive Mark Carne suggested the favoured option for the section between Dawlish and Teignmouth is emerging as a proposal to move the railway away from the cliffs and out into the bay.

Elsewhere in his response, Mr Johnson confirmed culvert works at Cowley Bridge, north of Exeter, will be completed this summer. He said flood resilience work has also been completed at Whiteball and is planned to be completed at Axe and Broom in September 2018, and at Hele and Bradninch by February 2019 (all these locations are between Exeter and Taunton).

Continuing, Mr Johnson said providing diversionary capability is an ‘essential element of the resilience programme’, and that as part of planning for CP6 development work will begin for a package of infrastructure enhancements to deliver greater capacity on the West of England main line east of Exeter. The minister said the Government is prioritising development of a plan for a new passing loop at Whimple to enable early delivery of more frequent local train services between Axminster and Exeter.