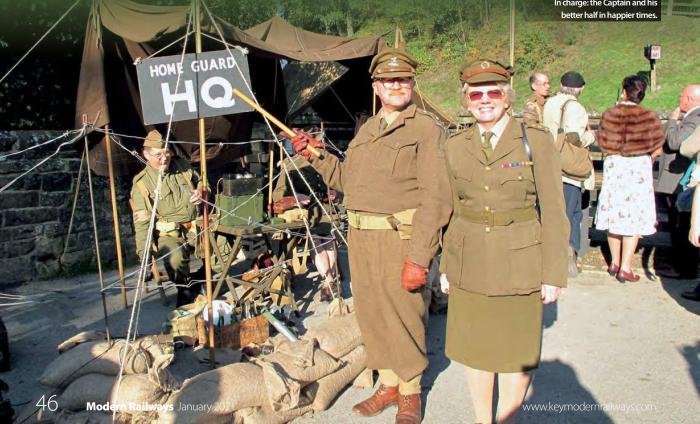 In charge: the Captain and his better half in happier times. 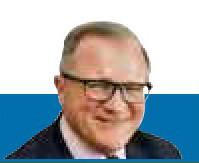 Captain Mainwaring clicks ‘admit to meeting’ as the platoon logs on to Zoom. He is greeted by the top of Jones’ head, a bookcase with Godfrey’s name in the corner, a view up Frazer’s nose and a pin sharp smooth motion view of Walker against a backdrop of toilet rolls.

WALKER: Yeah, you interested sir? Got a few of these, test and trace upgraded just before they got disbanded. 27-inch Mac, lovely kit, anyone else int…

MAINWARING: Walker! Walker! This is not eBay, we are getting together for a very serious reason. You will recall we were called in to run the East Coast route in 2018 (p40, August 2018 issue), well now Her Majesty’s representatives want us to carry on and take on the whole railway.

MAINWARING: Really Wilson, where’s your ambition? Anyway, surely you don’t imagine we could make a worse fist of it than that shower at the Department.