THE TIMETABLE CHANGE ON 15 DECEMBER BROUGHT SOME NEW SIGHTS 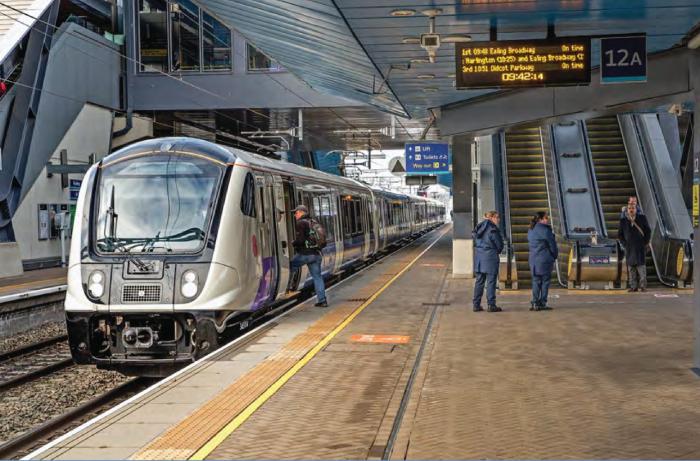 TfL Rail reaches Reading: Transport for London concessionaire MTR Elizabeth Line took over stopping services between Reading and the capital from GWR, dubbed Stage 5A of the Elizabeth Line opening strategy. A small number of services were introduced before the full changeover in mid-December; this is No 345014 at Reading on 28 November 2019 awaiting departure as the 09.48 to Paddington. Shortened seven-car ‘345s’ are being used while software upgrades are completed for full length nine-car sets. 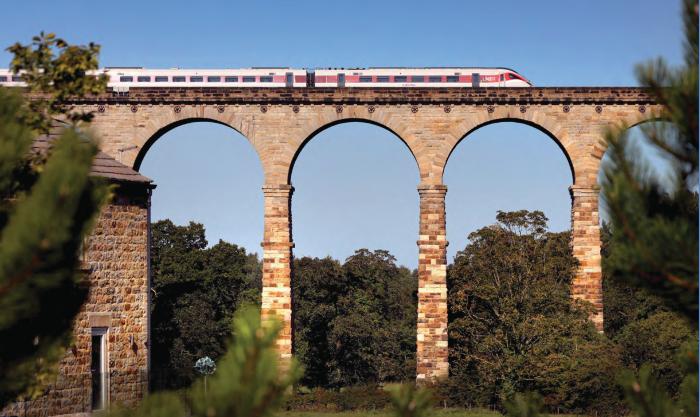 Azumas to Harrogate: LNER introduced its bi-mode Class 800 Azumas on services to Harrogate. As well as taking over the daily HST working, five extra services each day have improved the spa town’s link with London. Here an ‘800’ crosses the magnificent viaduct at Knaresborough on a test working.

‘195s’ spread their wings: Northern began introducing its new CAF-built DMUs on services from Leeds to Lincoln and Nottingham from December, with 10 ‘195s’ diagrammed across the two routes. This is No 195116 Proud to be Northern at Nottingham on 23 December 2019 ready to form the 14.17 service to Leeds.

Great Western enhancements: GWR introduced its recast timetable with major improvements across its network. Paddington to Bedwyn services are now in the hands of Intercity Express Trains, and lengthening of the turnback siding west of Bedwyn station was needed to accommodate a five-car set rather than the previous Turbo DMU. On 16 December 2019 the 12.07 from Paddington enters the turnback; it returned as the 13.41 departure. 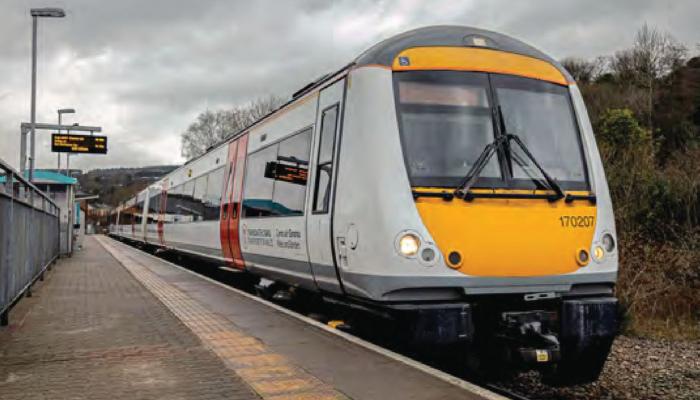 Turbostars in South Wales: TfW Rail introduced Class 170 DMUs cascaded from Greater Anglia on the Bridgend/Cardiff to Ebbw Vale and Maesteg to Cheltenham Spa routes, with the first entering passenger service on 12 December 2019. This is No 170207 at Maesteg on 18 December awaiting departure with the 10.16 service to Cardiff Central. 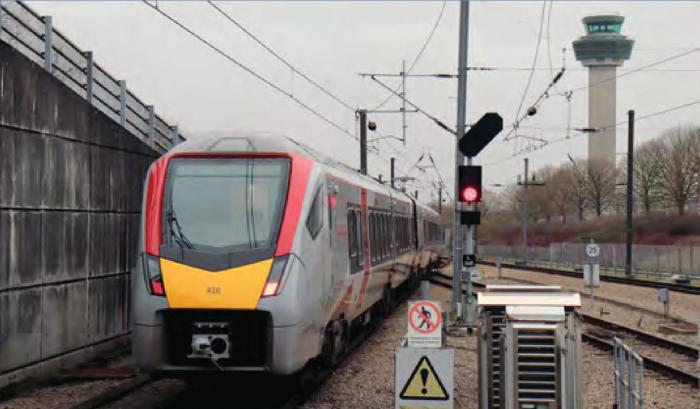 Norwich to Stansted link: Greater Anglia extended its Norwich to Cambridge services through to Stansted Airport, taking over the previous EMU shuttles south of Cambridge. The through service is operated by Class 755 bi-modes, which switch from diesel to electric power at Ely. This is No 755416 departing the airport on 8 January 2020 with the 14.48 service to Norwich.