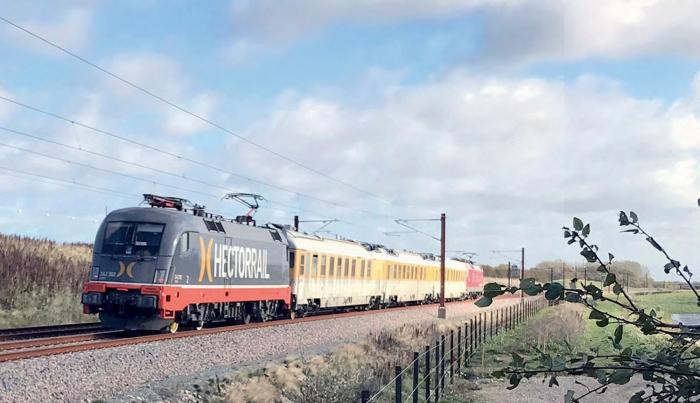 New high-speed line: Hector Rail Eurosprinter No 242502 on the rear of a DB Systemtechnik test train on the new route on 25 October 2018. COURTESY BANEDANMARK

In May 2019, the first section of 250km/h high-speed line in Denmark was due to open between the suburbs of Copenhagen and Ringsted, to the south west of the Danish capital. Initially, the interim signalling system in use will limit traffic to 180km/h – but the opening of the new €1.6 billion line is a momentous event for the country, marking its initiation in the European high-speed club.