Ebbw Vale A DECADE OF LESSONS

The Ebbw Vale line’s reopening to passengers in 2008 quickly confounded forecasts but the promised additional track capacity has still not been provided. RHODRI CLARK reports on a project which may provide lessons for promoters of other rail enhancements 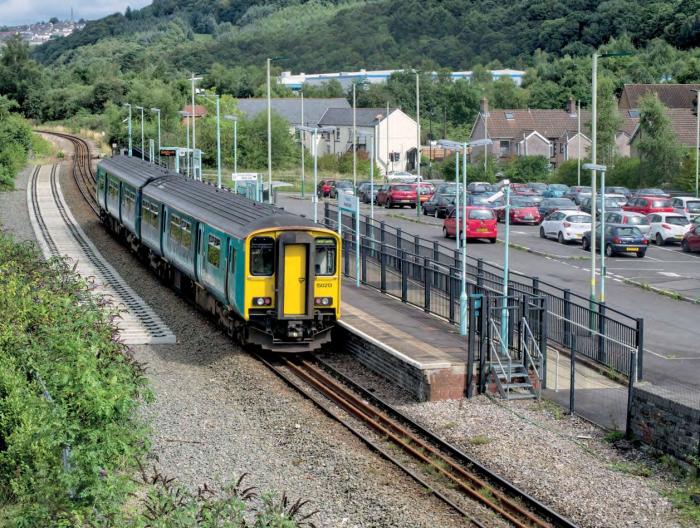 Slow progress: new sleepers and rails for double tracking are in evidence at New bridge as a train to Ebbw Vale calls on 16 August 2017.A second platform will be installed on the left.
Rhodri Clark 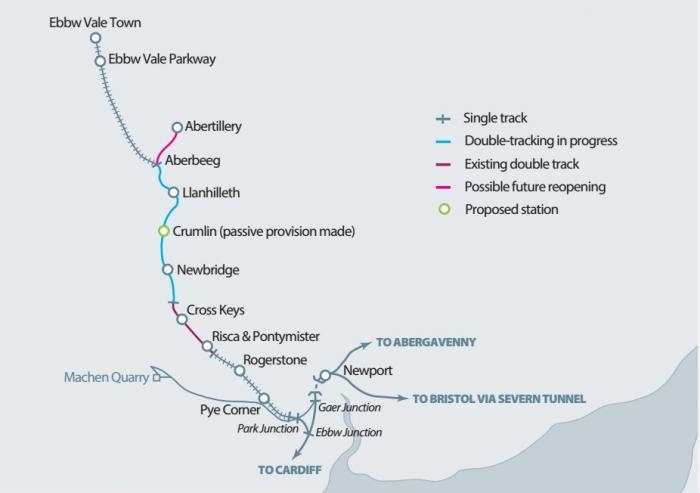 The reopening to passengers of the Ebbw Vale branch has been both a success and a failure. Its success is apparent whenever a well-filled four-car train from Ebbw Vale arrives at or departs from Cardiff Central. It is equally clear, 10 years after the hourly passenger service commenced, that the line continues to suffer from an historic catalogue of errors.