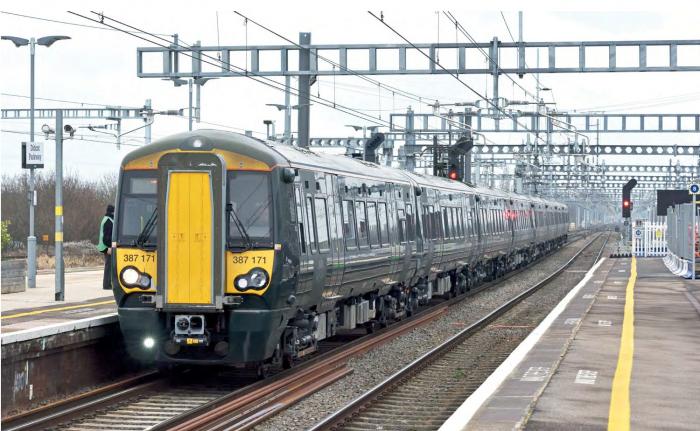 GREAT WESTERN Railway has introduced electric services between London and Didcot following completion of electrification by Network Rail over the Christmas holiday period. 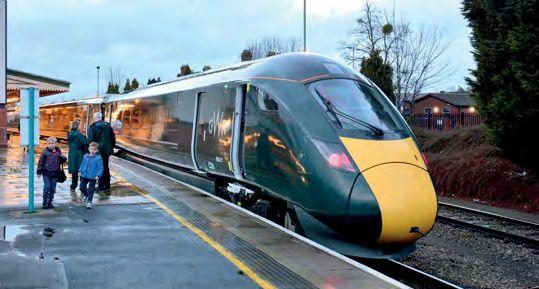 Cotswold pioneer: the first public service of an Inter-city Express Train on the Worcester route took place on 31 December 2017, when No 800011 worked the 12.42 Paddington – Hereford service. It is seen here after arrival at Hereford.
Steve Widdowson

Electrification was completed as far as Maidenhead in May 2017, when GWR began operating Class 387 EMUs on services to the Berkshire town. NR delivered the wiring to Didcot on 27 December 2017, with ‘387s’ now operating stopping services as far as Didcot Parkway. However, the decision to defer electrification between Didcot and Oxford means a Turbo DMU shuttle service is operating on this section, with some passengers required to change trains to complete their journey.

Diverted due to engineering work: this is the 13.43 HST to Penzance at London Marylebone on 28 December 2017, when the line out of Paddington was shut for work over the Christmas period that included bringing the overhead line between Maidenhead and Didcot into everyday use.
Jamie Squibbs

GWR is receiving 45 four-car ‘387s’ from Bombardier, the majority of which will operate in eight- and 12-car formations. Their introduction is allowing Class 165/166 Turbo DMUs to move to Bristol, there releasing other diesel units to move to the West Country. This has enabled GWR to begin releasing Class 150 DMUs to Northern (p83).

GWR has also increased the use of its Hitachi-built Class 800bi-modes on long-distance services from 2 January 2018 as it continues withdrawing HSTs along with its Class 180s (the latter have moved to Grand Central). This includes the first Class 800 working from Carmarthen to London and services on the Cotswolds line. GWR is receiving 36x5-car and 21x9-car Class 800s, with all due in service by December 2018. A separate fleet of Class 802 bi-modes will follow, primarily for services to the West Country. Overall, from 2 January Class 800s were allocated to 64 daily services while ‘387s’ worked 273 daily services.

Network Rail’s electrification programme is set to continue through this year, with wiring to Cardiff due for completion in December and Chippenham and Newbury following by the end of the Control Period in March 2019. A timetable change in January 2019 will take advantage of the electrification, with journey time reductions on services from London to Bristol and Swansea