The Whitby branch is set to get a service uplift, reports JAMES ABBOTT 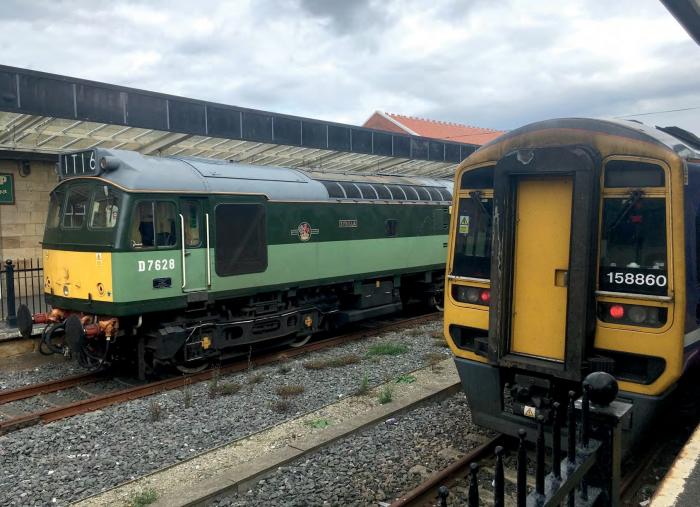 Snowplough standby: the NYMR Class 25 seen here at Whitby on 20 August has been lined up to help clear snow from the Esk Valley line in winter. At right, a Class 158 prepares to depart for Middlesbrough.
James Abbott

Time was when the rural railway was just lucky to be alive. In the shadow of the Beeching Axe, any country branch line that clung on through the 1970s and beyond had to be thankful that it still had a pair of rails with the occasional train on them. From Regional Railways economies in the recession of the early 1990s, to the Strategic Rail Authority’s infamous ‘no-growth’ Northern franchise in 2004, this attitude persisted. The Esk Valley route to Whitby was a classic example: a basic four trains a day service has persisted for decades, with economy the watchword.