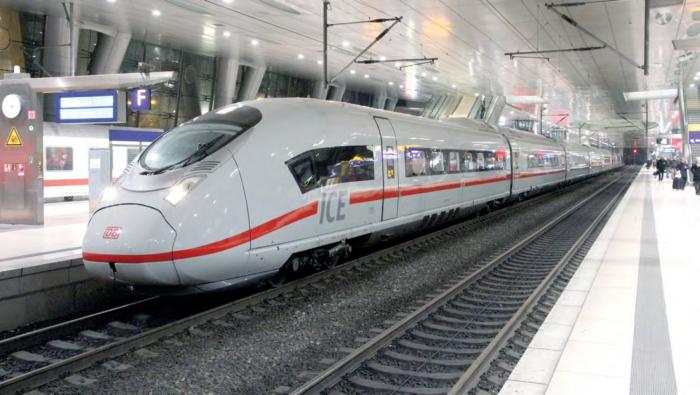 Just delivered: the testing programme for the Velaro-D Class 407 trains has delayed handover of some sets to DB. The newest train to be delivered – slightly confusingly numbered as the first set (701) – entered service on 2 November 2016, and is seen here at Frankfurt Flughafen on 13 December 2016. The train is in fact the second ‘701’; the first, whilst built in DB livery and tested in Germany (in 2012), was never accepted by the operator and was sold by Siemens to TCDD in Turkey in 2013, where it is in service as the first of the Velaro-Turkey fleet of YHT trains.
Keith Fender