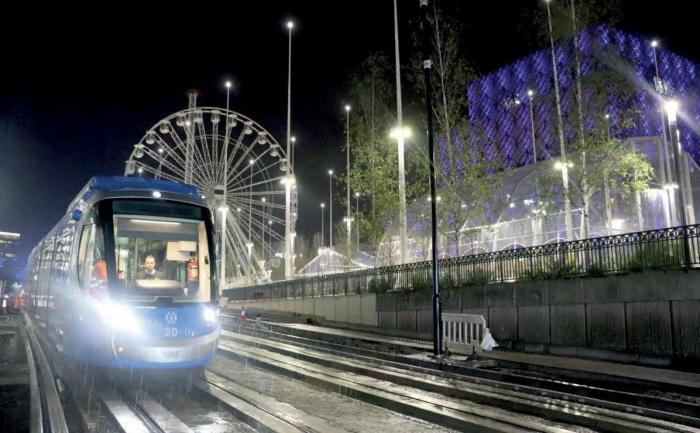 Look, no wires: tram operates in test mode on the Centenary Square route in night-time drizzle.

OVERNIGHT TESTING of trams over the full length of the West Midlands Metro extension from Grand Central to Centenary Square began in late October.

The Centenary Square section is due to open in December. It forms the first part of the Westside extension which is planned to reach Hagley Road in Edgbaston by 2021.

The tests followed trial runs as far as Victoria Square during August. The extension to Centenary Square is being built entirely catenary-free, with the 21 CAF Urbos trams used on West Midlands Metro being retrofitted with batteries at Wednesbury depot.

Construction of the extension is by the Midland Metro Alliance, which is planning, designing and delivering extensions to the network on behalf of Transport for West Midlands.