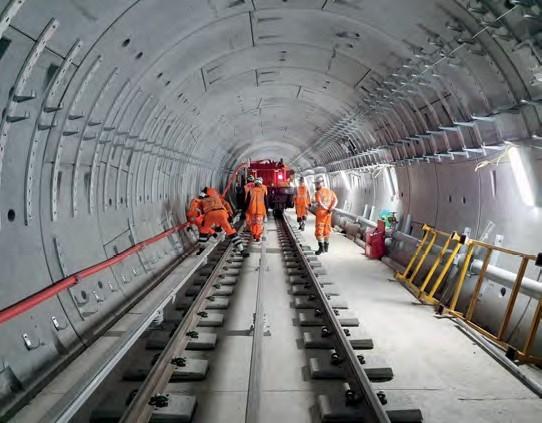 AN ENGINEERING train has travelled the full length of the 3.2km Northern Line extension from Kennington to Battersea for the first time.

The train travelled across the new step-plate junction at Kennington, where the extension is joined to the existing Northern Line tunnels, before continuing to Nine Elms station and terminating at Battersea Power Station. The train carried 750 metres of power cable into the extension, which was installed by 15 engineers.

The journey marks the completion of the tunnels and track (although tunnelling was completed as long ago as November 2017). Work is now focusing on fit-out of the two stations, installing the power supply and extending the Thales train control system used on the Northern Line.

Transport for London has confirmed the extension is now targeting a September 2021 opening.

The original scheduled opening date was December 2020, but this has been affected by changes to the oversite development at the Battersea Power Station terminus, requiring a rework of designs and adaptations to the construction programme.