SOLUM HAS been granted permission for a £150 million regeneration scheme around Guildford station, which includes around £25 million of improvements to the station itself.

Guildford Borough Council’s planning committee had rejected the plans, but Solum appealed to the planning inspectorate, which has overturned the decision. The council’s leader, Cllr Paul Spooner, said after the decision the authority would ‘seek legal advice’ on the option of a judicial review.

Solum is a development partnership between Network Rail and Kier. The scheme is planned to deliver a new station building with a larger ticket hall and wider gateline, designed to accommodate passenger growth to 2035. It will also feature a new 412-space multi-storey car park, a new station plaza, more bicycle storage and a new station quarter with additional space for shops and restaurants. A residential quarter is planned to include 438 town centre apartments, while there will also be commercial office space. It is expected over 300 new jobs will be created by the scheme.

Solum is currently on site delivering regeneration projects at Twickenham and Walthamstow and will shortly start work at Kingswood. It has other projects in the pipeline at Bishops Stortford and Redhill. 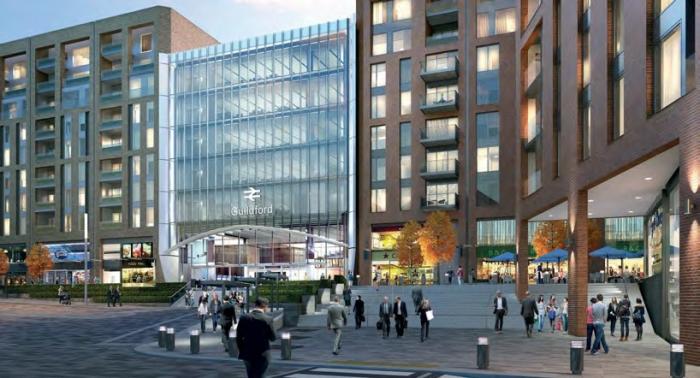