The overhead wires on the 14-mile route were originally due to go live in June, after NR took an eight-month possession of the line ending in February this year. However, incorrect designs to structures and late delivery of materials meant the work was not completed as planned, while contractors also breached two sewers during the works. NR says the overhead wires will now go live in January, allowing TfL to introduce new Bombardier-built Class 710 EMUs on the line from spring next year.

A series of weekend closures has been underway and will continue through to September. The longer closures are then proposed to run from 17 September to 22 October and from 27 November until 14 January 2018, although NR says these dates could be subject to change. Further weekend closures are also expected to be required this autumn.

The line is currently served by two-car Class 172 DMUs, which suffer from severe overcrowding at peak periods. The new Class 710 EMUs will be four cars long, offering a doubling of capacity. 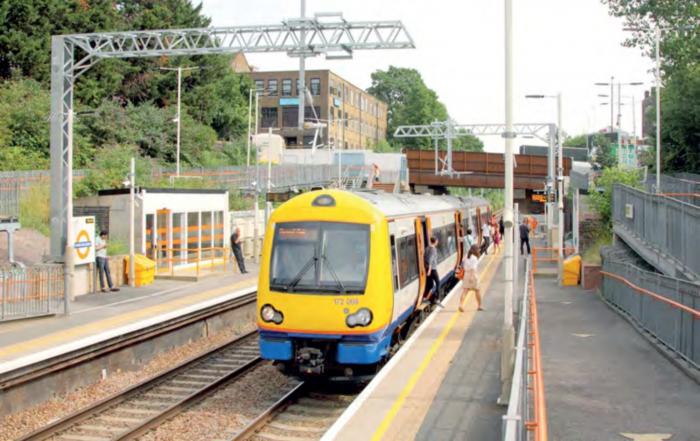