THE GOVERNMENT has committed to bring forward proposals on railway reform, with a White Paper on the Williams Review recommendations to be published ‘later this autumn’. The announcement was made in the Queen’s speech on 14 October 2019. Government says it will start implementing reforms from 2020, prioritising improvements for passengers. The review is described as ‘the first comprehensive review of the railway in a generation, with a clear commitment from the Government to bring in root and branch change’, tasked with ‘making ambitious proposals to reform the rail industry and franchising model’.

Its focused was described as being on ‘reforms that will put passengers at the heart of the railway, provide value for taxpayers and deliver economic, social and environmental benefits across Britain’. Five key areas are specified:

■ trains running on time, with a focus on customer service excellence;

■ a new industry structure to reduce fragmentation, better aligning track and train, creating clear accountability and a greater distance between Government and running the day to day railway;

■ a new commercial model that ‘lets train operators get on with running services in the interest of passengers and allows greater flexibility and long-term incentives for creativity and innovation’;

Media reports the day prior to the speech suggested the franchising system would be scrapped and replaced with a model focused on performance and reliability. It was suggested concession powers would be transferred to local authorities for the operation of specific routes, control of fares and timetables.

Documents released with the speech referenced a speech by Prime Minister Boris Johnson in September in which he announced plans to give Northern leaders a greater say on how the railway in the region is run, this proposal being based on the initial conclusions of the Williams review. Plans for a White Paper setting out ambitions for ‘unleashing regional potential in England, and to enable decisions that affect local people to be made at a local level’ were also unveiled with the Queen’s speech.

The Government has signalled its intention to press on with the High Speed Rail 2 (West Midlands – Crewe) Bill, covering Phase 2a of the scheme, by including it in the Queen’s speech.

The Bill was introduced in the House of Commons in July 2017. The 36-mile long route begins at a spur from Phase One at Fradley, near Lichfield, before connecting to the West Coast main line south of Crewe. It was introduced as part of plans to accelerate the benefits of Phase Two of the scheme within the north west of England, and under original plans was due for delivery a year after Phase One from London to Birmingham. However, in his stocktake report released in August, HS2 Chair Allan Cook suggested delivering Phases One and 2a simultaneously.

A review led by Douglas Oakervee is underway considering whether and how HS2 should proceed, with speculation this would report before the end of October. 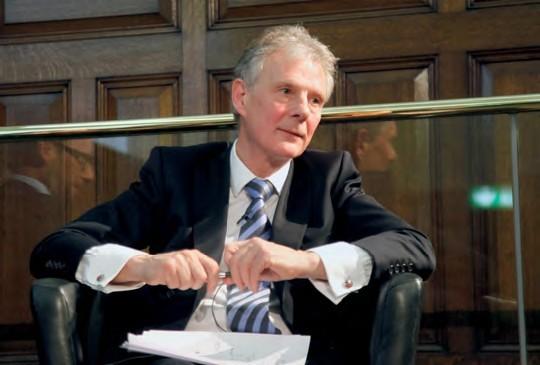