HAVE WE REACHED PEAK NEW TRAIN?

The 2019 Golden Spanners awards (p54) cover a UK fleet in transition. New is replacing old, with a significant number of first-timers in the running for trophies, a trend which is set to continue in future years. 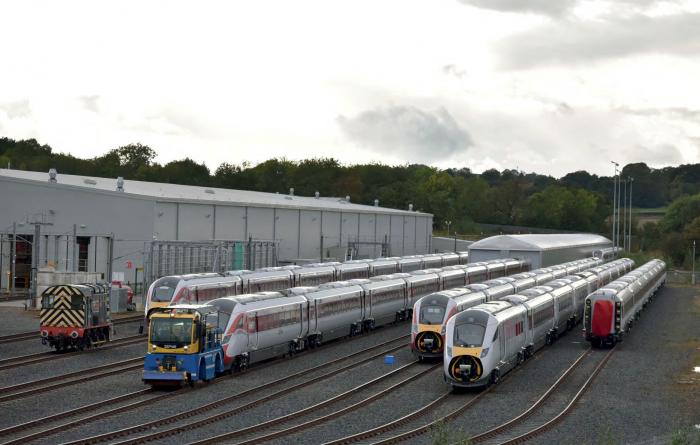 The table opposite shows rolling stock which has either been ordered or is in delivery. Since the last update of this table over a year ago, several new fleets have been fully deployed: the Caledonian Sleeper Mk 5 stock from CAF Hitachi’s Class 385s for ScotRail and Class 800/802s for Great Western Railway, and Siemens’ Class 717s for Govia Thameslink Railway’s Great Northern suburban services, whose delivery leaves Siemens without a main line fleet in the table.