Battle over pensions set for January

STAGECOACH SAYS its cases against the Department for Transport regarding disqualification from three franchise competitions are due to be heard in the High Court in early 2020.

In a trading update on 3 October, Stagecoach said it ‘had worked collaboratively with the new operator (Abellio) to ensure the smooth transition of the East Midlands rail franchise’, which changed in August. The company expressed its gratitude to its employees and partners involved in ‘delivering our transformation of the East Midlands rail network’.

It said it and its partner Virgin would approach the transition of the West Coast franchise to First Trenitalia in December in ‘the same spirit of collaboration’. The third competition from which Stagecoach was disqualified, South Eastern, was subsequently cancelled by DfT.

In its trading update, Stagecoach said performance of its non-rail operations had been broadly in line with expectations. When the West Coast franchise changes hands in December, Stagecoach’s only remaining rail interest will be the Supertram light rail network in Sheffield, which it operates through a concession running to 2024. 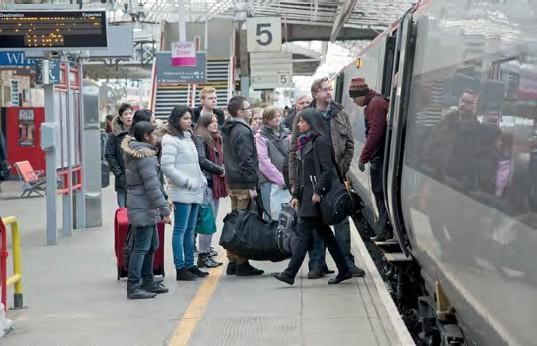 West Coast: set to be transferred to First Trenitalia on 8 December. Passengers join a Pendolino at Crewe. Tony Miles 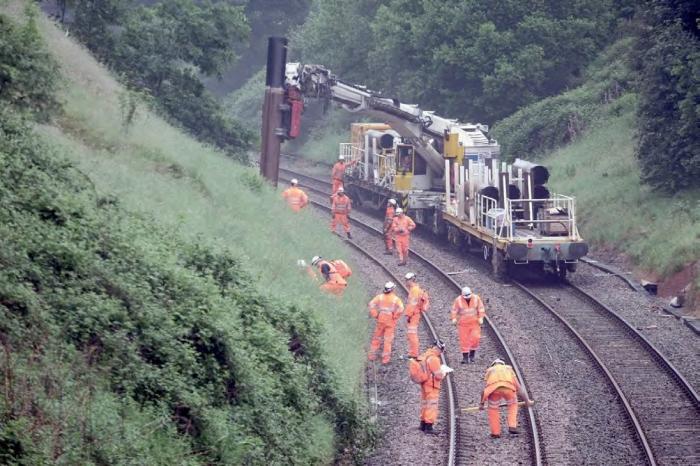 What’s in the pipeline? Work underway on the electrification of the Chase line in the West Midlands in 2017. Courtesy Network Rail

TAKING PART in a panel discussion at the Accelerate Rail conference on 10 October, Darren Caplan, Chief Executive of the Railway Industry Association (RIA), described the Department for Transport’s continuing refusal to publish Network Rail’s enhancements proposed for Control Period 6 (CP6) as ‘an absolute disgrace’. Following the classification of Network Rail as a public body, DfT is responsible for specifying enhancements.

Mr Caplan pointed out that RIA had been seeking this information since 2017. In 2018 DfT came up with the Rail Network Enhancements Pipeline (RNEP), but this was a process, not a list of schemes. Subsequently the Transport Select Committee investigated rail investment and recommended DfT should publish details of enhancement schemes as they passed through the pipeline. This recommendation was accepted.

However, at a conference in June (p30, August issue) Network Rail’s Head of Client Portfolio Yaelle Ridley said ‘We’ve been specifically told we can’t share the list (of enhancements).

An instruction has come from the Secretary of State on how he has chosen to manage that amount of money’. In response, RIA has launched the SURE (Show Us the Rail Enhancements) campaign.

Mr Caplan also noted that DfT’s secrecy was going against government policy. In February 2019, the Cabinet Office published a new ‘outsourcing playbook’. This included an unambiguous ‘new expectation’ that all central government departments will publish their commercial pipelines.

With a year having passed since the acceptance of the Transport Committee recommendations and six months since the playbook was published, Mr Caplan said his members still had no visibility of the future workload other than projects carried over from Control Period 5 (CP5, 2014-19): ‘It’s an absolute disgrace and DfT should publish that list as soon as possible’.

Mr Caplan emphasised that RIA was not seeking a list of guaranteed projects, but industry needed an indication of DfT’s thinking on enhancements so it could plan investment in staff and facilities. He noted that continuity of employment could bring savings of up to 20%.

Highlighting the problems facing the supply chain, Network Rail Chief Engineer Jon Shaw revealed that expenditure on the Trans-Pennine Route Upgrade (TRU) had slipped back. Provisionally costed at £2.9 billion for CP6 (2019-24), the first ‘spades in the ground’ were currently scheduled for 2022, with £600 million of the spending now deferred to CP7 (2024-29).

Several suppliers attending the conference confirmed to Modern Railways that investment was now in the downswing of the classic boom and bust cycle.

Renewals are also affected. Despite the increased expenditure allocated to renewals for CP6, the hiatus between control periods meant a current shortfall in workload. ‘We are definitely in a bust cycle’, one leading contractor told Modern Railways. Roger Ford 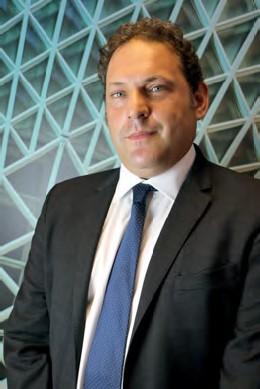 SURE thing: RIA’s Darren Caplan is spearheading the Show Us the Rail Enhancements campaign.

Government commit to full transparency of enhancement projects in each stage of the Rail Network Enhancements Pipeline.

DfT response: Government accepts this recommendation. We are committed to transparent policy making and intend to make clear public statements as we take investment decisions on enhancements at each stage of the pipeline. This means that there will be a clear picture of the schemes that are progressing and the benefits that Government is seeking. In addition, Network Rail will continue to provide updates on the progress of enhancements already in the portfolio, through the publication of the Enhancements Delivery Plan. 5 September 2018