THE GOVERNMENT has laid down a hybrid bill to construct Phase 2a of HS2, from the West Midlands to Crewe, and has confirmed the planned route for Phase 2b to Manchester and Leeds.

Phase 2a comprises a 36-mile high-speed route linking Fradley, near Lichfield, with the West Coast main line (WCML) just south of Crewe, plus a section to connect with the later Phase 2b. The majority of the Phase 2a route remains unchanged, but three refinements have been made: building a temporary construction facility near Stone, which will become a permanent maintenance facility to replace that planned at Crewe; extending the tunnel south of Crewe by 2km and re-siting the portal; and south of Crewe to move the spur lines that connect to the WCML further south and to extend their length.

The Government says Phase 2a will enable six trains per hour to transfer from the WCML to HS2, freeing up capacity. The aim is to achieve royal assent for this section in 2019, begin construction a year later and have passenger services running in 2027, just a year after the Phase 1 route from London to Birmingham opens. No new stations or extra trains would be required.

Connected with this is a consultation around options for a rail hub at Crewe. This seeks views on options to provide ‘better access to conventional and HS2 services’. In particular, it considers a plan to build 400-metre platforms for HS2 services at Crewe, which could allow services to divide here into two 200-metre trains. One plan envisages trains from Liverpool and Preston combining at Crewe in this manner, creating a spare path south of Crewe that could be used by a service to Stafford, Stoke-on-Trent and Macclesfield. A second plan additionally foresees the second Liverpool service splitting at Crewe, with the second unit terminating there. A third plan further adds a new connection between the WCML and HS2 to enable more services to stop at Crewe.

The Government has confirmed its preferred route for Phase 2b, comprising an eastern leg from the West Midlands to Leeds, connecting to the East Coast main line at Church Fenton, and a western leg onwards from Crewe to Manchester, connecting to the WCML at Golbourne, south of Wigan.

On the eastern leg, the main change is to accept the plan announced last year for HS2 services to run into Sheffield city centre, rather than serving a parkway station at Meadowhall. Services will leave the high-speed line and join the Midland main line south of Chesterfield, while the HS2 route will divert eastwards on a more easterly alignment close to the M18. It is proposed to build a further junction north of Sheffield to allow high-speed services to regain the route northwards to Leeds, potentially providing for a 30-minute journey time between Sheffield and Leeds.

Other changes see HS2 running around rather than under East Midlands Airport to reduce engineering complexity and cost, and to take the higher of two possible alignments running on a viaduct through Long Eaton. A suggestion to change the route at Measham, Leicestershire, which was consulted on, will not be taken forward.

HS2 Ltd is also looking at alternatives for the eastern leg rolling stock depot to the previously proposed site at New Crofton. It is thought a better site has been identified to the east of Leeds.

Proposed changes to the western route include moving the rolling stock depot from Golbourne to north of Crewe near Wimboldsley. A new alignment between Middlewich and Pickmere and a change in the route approaching Manchester Piccadilly are also included, the latter avoiding a school and resulting in the tunnel portal being within Ardwick depot.

The Government has decided to implement the same package of property compensation and assistance schemes for Phase 2b as those which are in place for Phase 1 and Phase 2a, but with special arrangements planned for residents of the Shimmer estate development in Mexborough, South Yorkshire. 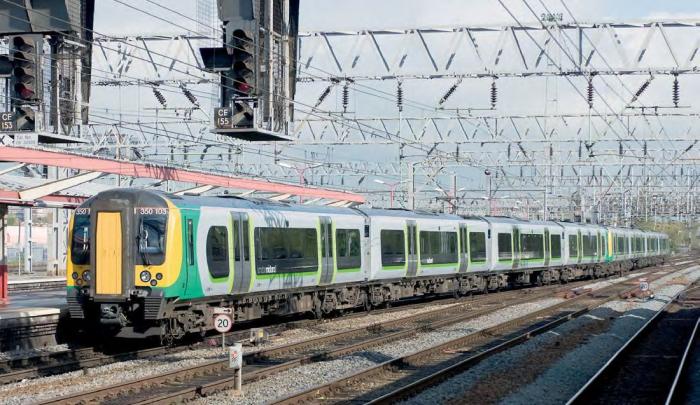