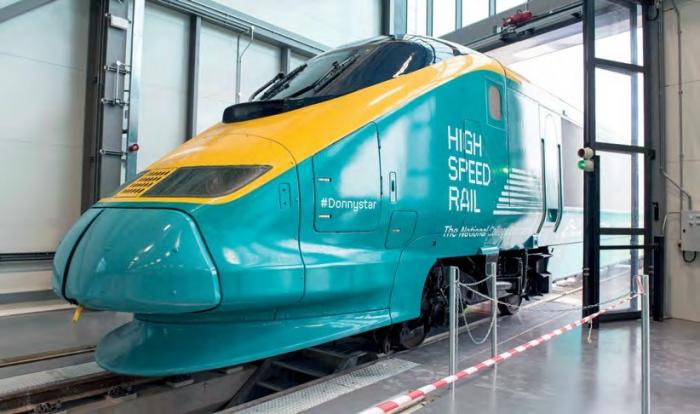 Donnystar: the former Eurostar power car at the new college.

Together with a second campus in Birmingham, opened a week later by Rail Minister Paul Maynard, the new college will train 150 people across both sites during the 2017-18 academic year.

However, as HS2 construction ramps up this number is expected to increase significantly. When operating at full capacity the college will educate 1,200 students a year.

The National College for High Speed Rail is the largest of five new national colleges being set up by government and is intended to address the engineering, design, planning, manufacturing and construction skills gap Britain faces as it invests billions in modernising its rail network and wider transport infrastructure.