Paragon of virtue? There’s a new table topper this month 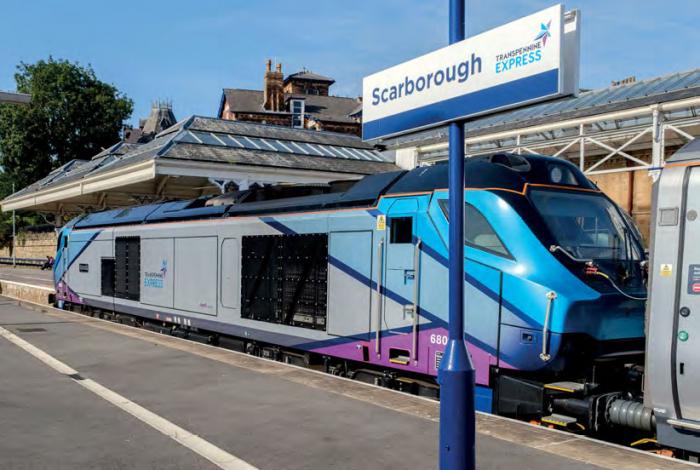 One new entry this month with the TPE Class 397 EMUs joining the Northern CAF fleets near the foot of the Table. Meanwhile at the top of the table some old lessons are being re-learnt.

In February, ScotRail publicised its Hitachi Class 385 EMUs as the most reliable new trains on the network, based on last month’s table. 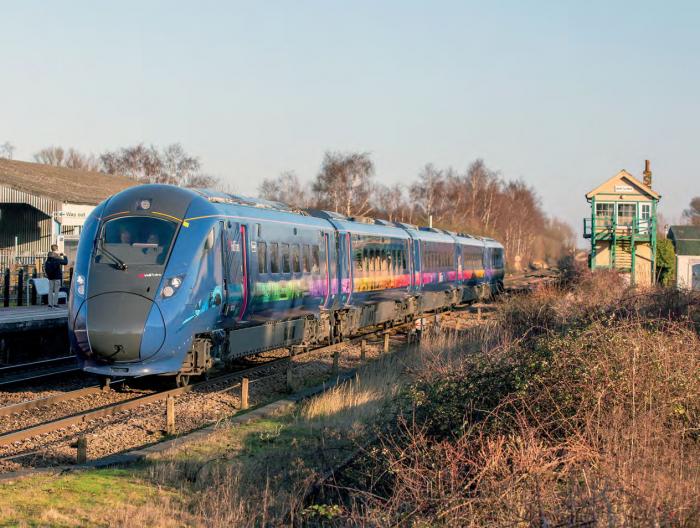 Paragon out of place: Hull Trains’ No 802303 passing Whittlesea on the Ely to Peterborough line with a Hull-bound service while diverted due to engineering works on 18 January 2020.
Ken Brunt 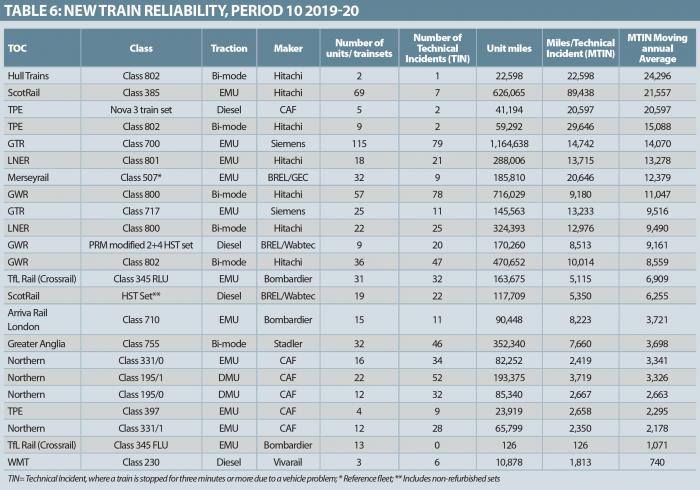 It was fortunate that the press office got the release out promptly, because the Class 385s have already been usurped. No skin off Hitachi’s nose, however, because the new top-dog is Hull Trains with its two Class 802 bi-modes now in service.

With the TransPennine Class 802s also in fourth place we are learning yet again that buying an established design with millions of miles already under its bogies, and from a ‘hot’ production line, is a good way to get a reliable train.

But note that Hitachi’s victory procession is split by the TPE Nova 3 loco-hauled trains. The lesson here? Combine a well shaken-down loco, the Class 68, with some simple coaches, and you should have less to go wrong compared with an all-singing/all-dancing DMU. A British Rail rule of thumb was that once you have five or more coaches, loco-haulage is the better choice.

This month I have reintroduced the ‘Annoying benchmark’ guest fleet. The second oldest trains on the network, Merseyrail’s Class 507s, sit comfortably in seventh place.

My old chum David Powell, Merseyrail’s Programme Director, has already reminded Stadler that his new Class 777 fleet will feature in the Table of Truth when it starts to enter service in September this year. Contractually the new fleet has to achieve 41,000 MTIN MAA two years from the acceptance of the final set.