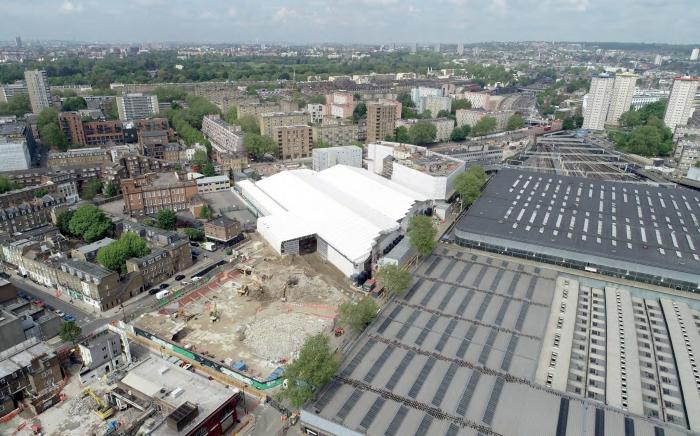 Euston HS2 works: drone shot in May 2019. On the left-hand side of the picture, progress can be seen on demolition works, making space to expand the station westwards over Melton Street to accommodate extra platforms for HS2. The large white tent structure was erected for privacy while remains from the St James’s Gardens burial site were exhumed and removed for reburial elsewhere. The cemetery was in use from 1788 to 1853 as an overspill graveyard for St James’s church in Piccadilly. Courtesy HS2

In March 1969 British Rail Chairman H. C. (later Sir Henry) Johnson announced a far-sighted, and brave, change of policy. He told a function ‘If the Advanced Passenger Train does not prove itself for four, five or six years, we cannot stand still and must go on improving track and trains on orthodox lines’.