LOADS OF 4,000 tonnes have been moved from the South Gloucestershire quarry at Tytherington to Appleford, the operation having commenced by the end of February. 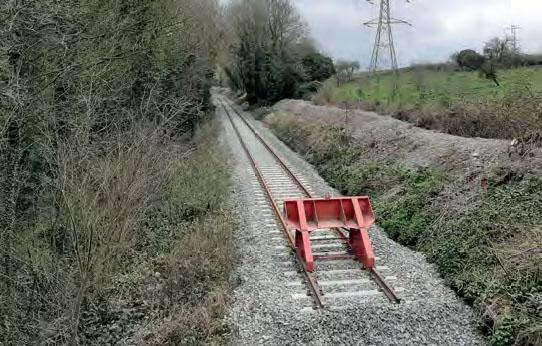 Ready for jumbo trains: an early March view of the relaid and regraded headshunt at Tytherington quarry.
Richard Giles

Both the inward and outward workings are routed via Bath and Filton, but the first empty working on 19 February with loco Nos 66571/66610 arrived in Bristol via Hullavington and required a loco runround at Avonmouth as no loops in the Stoke Gifford/ Bristol Parkway area were long enough to accommodate the train.

A Class 66/5 and 66/6 have been used in multiple on all workings, which are loaded overnight by mechanical road grabs, the overhead rail loading conveyor belt being out of use, although it is expected to be refurbished at a later date.

Further track replacement work is also taking place in the quarry loading area, and the headshunt has been relaid, regraded and brought back into use for these workings.