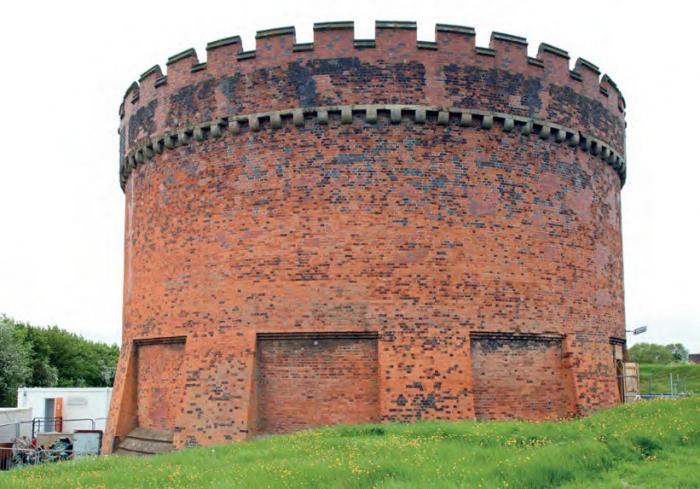 View from ground level: Shaft 12 as it appears in the Northamptonshire countryside. Photography by Jamie Squibbs 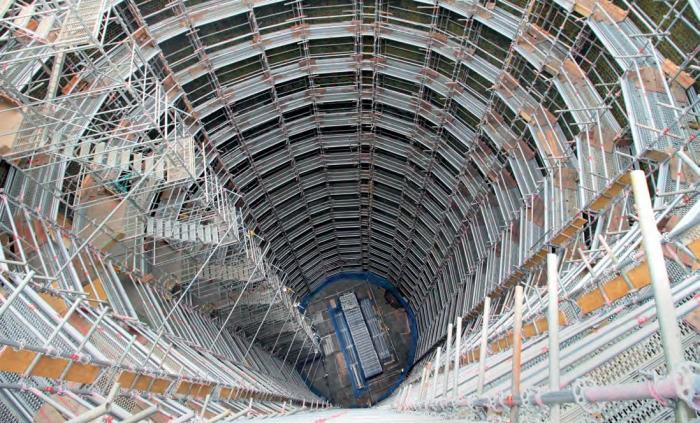 Long way down: the scaffolding in Shaft 12 as viewed from the top.

Kilsby Tunnel, south of Rugby on the West Coast main line, was designed by Robert Stephenson. The tunnel was built between 1834 and 1838: at the time, it was the longest railway tunnel in the country at 2,423 yards.

In total, there are 12 shafts in the tunnel. Ten of these are conventional ventilation shafts of two to three metres in diameter, but there are also two great shafts that are huge structures. Stephenson introduced these great shafts to overcome contemporary fears about smoke and fumes in the tunnel, but the design has never been repeated as it was found there was no real need for shafts this large.

In early May, Network Rail organised a press visit to see restoration work in Shaft 12, one of the two great shafts. The shaft is 18 metres in diameter and it is 58 metres from the top of the rail to ground level. Over one million bricks were used in the construction of the shaft, with a total weight of 4,000 tonnes. Network Rail’s usual method of access into shafts is a cradle, but with a shaft this large, scaffolding was required. The scaffold used is 50 metres high and if it were all to be opened out it would be 54 metres long. Abbi Access won the scaffolding contract and began with a crash deck at the bottom of the shaft, just above the overhead lines. All the components to install the crash deck were conveyed to site on road-rail machines in 10 Saturday night possessions.

Once the crash deck was complete, scaffolding began on the walls of the shaft while trains were running below.

Following repairs to the brickwork, the scaffolding was expected to be gone by the end of June. After this it will take four or five overnight possessions to remove the crash deck. 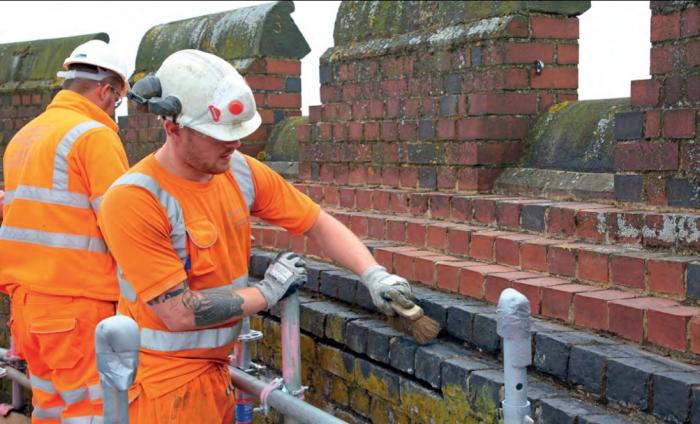 Job nearly done: work underway at the top of Shaft 12. 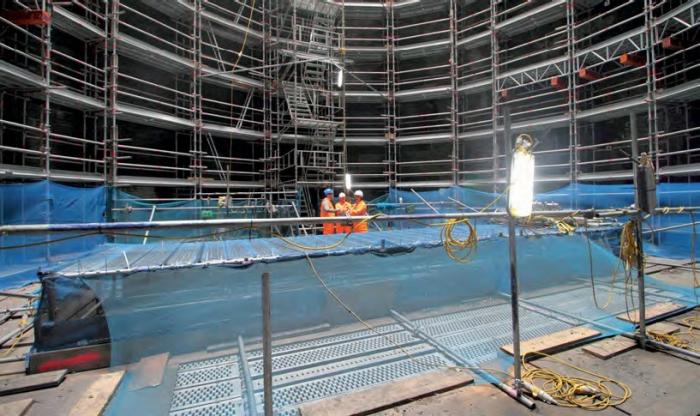 Bottom of the shaft: this is the crash deck, with Pendolinos speeding past just below the feet of these contractors. 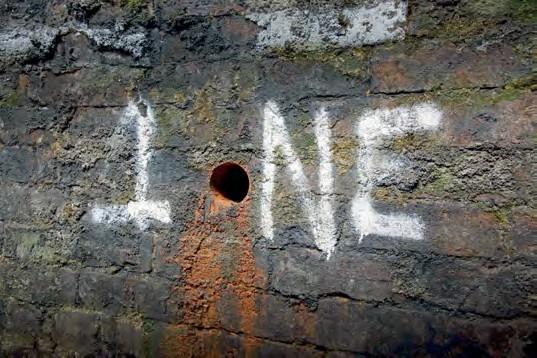 Checking on condition: samples of the brickwork have been removed for analysis. 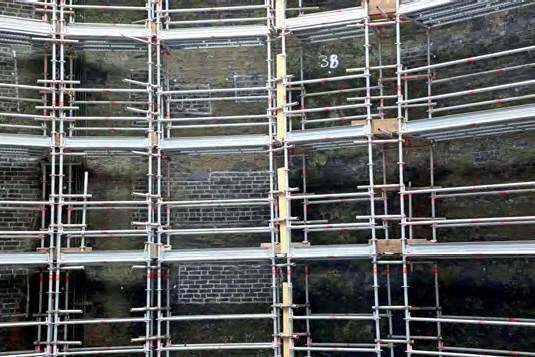 Repointing complete: repairs to the brickwork are visible here.