The station becomes the 68th on the Merseyrail network and was built by Network Rail and contractor Buckingham Group. It is located between Maghull and Town Green stations and has been built to support a planned nearby development of 370 homes. Facilities at the station include a staffed building and ticket office with a passenger toilet, waiting facilities on the platforms, step-free access throughout, a 156-space car park, cycle storage and future provision for electric vehicle charging points. 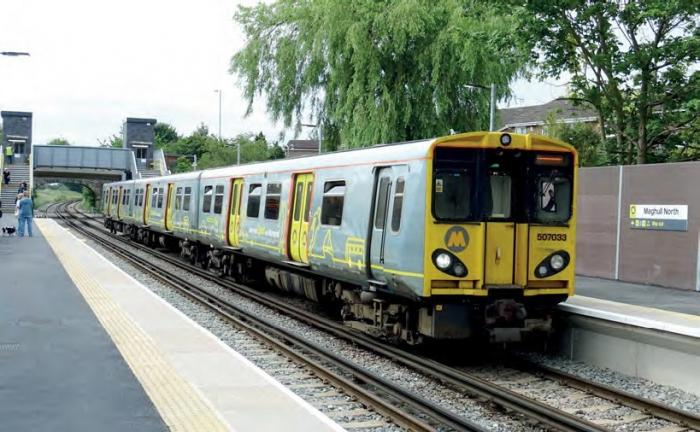 New Merseyside station: EMU No 507033 arrives into Maghull North with a working for Ormskirk from Liverpool Central on 18 June 2018.
Simon Poole

The £13 million station has been funded through the Government’s Local Growth Fund, Merseytravel and the Homes and Communities Association, which previously owned the land on which it will be built.