Only repeat orders work out of the box 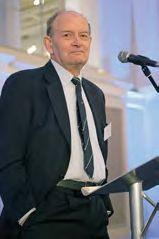 Adding First-MTR’s order for 90 EMUs for South Western commuter services, I make it 6,000 new vehicles to be variously designed, built, delivered, commissioned and accepted by December 2020. Almost all of these are new designs. Some are by manufacturers with no experience of the UK market.

More to the point, these new trains will be replacing some very reliable rolling stock, as well as some ageing assets. For reference, the average Miles per Technical Incident (MTIN) for modern EMUs in Period 12 of 2016-17 was 34,396. Individual fleets ranged from 195,019 MTIN for the Siemens Desiro Class 444 of South West Trains, to 4,361 MTIN for the Siemens Desiro Cities being delivered to Thameslink.

This contrast is not about taking a gratuitous pop at Siemens, which is working very hard to improve Class 700 reliability. Rather it is a reminder that nothing works out of the box, even when supplied by a serial Golden Spanner winner.

You can test all you like, but as was explained to a meeting of the Thameslink Project Stakeholders Group in March, despite comprehensive testing of the Class 700 Thameslink fleet, initial reliability has been poor (Table 4).

While Siemens has tried hard at its Wildenrath test track, replicating the UK infrastructure characteristics is not easy. But the fun really begins when revenue-earning service starts and real drivers and real passengers become involved.

When I was wearing overalls in anger you could check control circuits with a length of wire, a battery and a bell. Today you need a laptop to check the workings of a Class 700, which is probably the most software-dependent train yet to enter service in the UK. 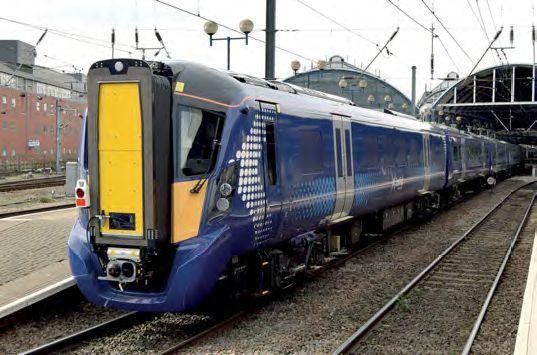 Scottish & Newcastle: unit No 385102 passed through Newcastle on 3 April 2017 when it was dragged from Mossend down yard to Merchant Park sidings at the Hitachi factory at Newton Aycliffe. The rear end of the formation is seen here, with the iconic barrel roof in the background.
Kyle Allsopp 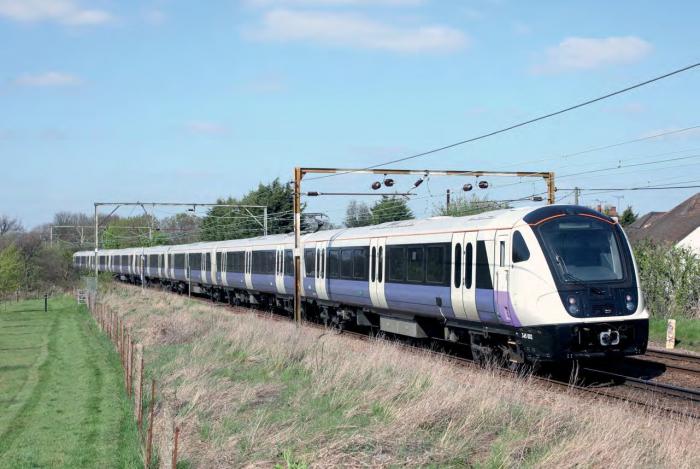 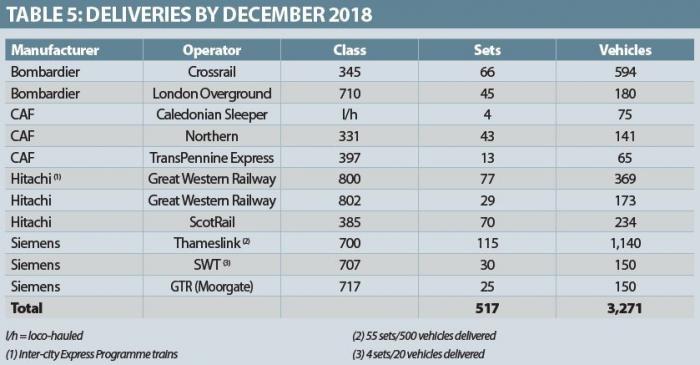 According to the presentation to the stakeholders group, around 10% of problems to date with the Class 700 fleet have been the result of early-life component failures or one-offs – the so-called ‘infant mortality’. Following a ‘huge amount of engineering effort’ from Siemens and GTR, around 70% of issues are understood with a further 20% still under investigation.

But compared with the manufacturers of the 10 other new fleets to be in service by the end of 2018, Siemens is in clover. As of 5 April, 55 units out of 115 had been delivered to Govia Thameslink Railway. Of these, 42 had been accepted by GTR and 30 were in service.

Of the units delivered, 15 are 12-car sets and the rest eight-car. Siemens’ production ‘beat rate’ is one Class 700 a week, and that applies whether the unit is 12 or eight cars.

Bearing in mind the 30x5-car Class 707s for SWT are being delivered in parallel, that is seriously impressive. All the ‘707s’ are due to be delivered by the end of this year and the Thameslink units by June 2018.

On SWT, the ‘707s’ too have been having their share of teething troubles, interrupting the fault-free running necessary before starting to replace the Class 458/5s.

Entry into service for the first unit was planned for just after Easter, but has now been put back to mid-May. Those who were there at the time reckon the service introduction of the Class 450s and 444s was not much different – and look at them now.

Table 3 (previous page) shows one reason why Siemens is better off than its competitors. As you can see, over the last four months total delay minutes have fallen, despite a 60% increase in train miles and a near doubling of the units available.

More trains running more miles means more chance for things to go wrong, which for commissioning engineers is a good thing. With a small fleet in its early days you can’t be sure whether a failure is endemic or a rare one-off. With over 40 trains in service and rising, common faults are more easily identified.

Table 5 lists the train fleets due to be in service by December 2018. For Bombardier the first Crossrail units are out on the main line. Hitachi has test trains running. But for both, ordeal by real world awaits. As for CAF…

Note that I have focused on fleets to be delivered by December 2018. A similar number of vehicles will follow between then and December 2020.

There is one big advantage enjoyed by the builders and operators of ‘the Class of ’18’. They can delay replacement and continue using existing stock if necessary. The 1 January 2020 deadline for all trains to meet accessibility regulations means that any delay will mean seeking temporary derogations if you want to keep unmodified existing stock in service. It could get very messy – and expensive. 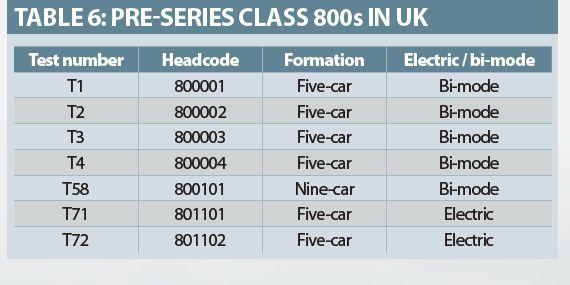 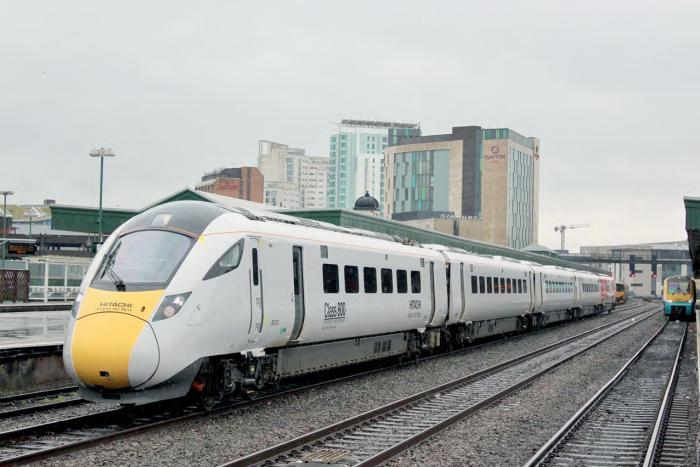 IEP visits South Wales: the first appearance of a Class 800 in the principality was on 20 March 2017 when unit No 800002 ran from Stoke Gifford to Swansea Maliphant. Here the train is seen at Cardiff.
Martin Turner