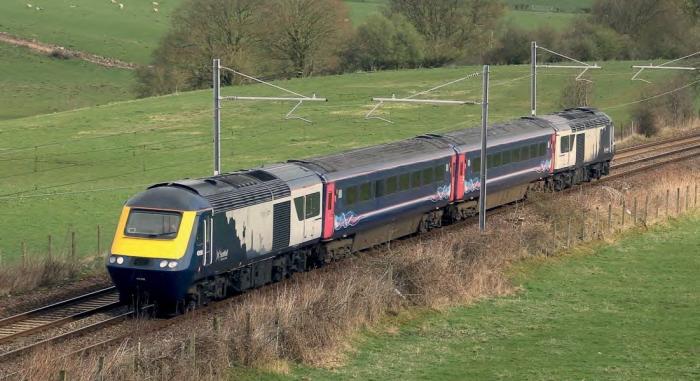 SCOTRAIL HAS drafted in three additional ‘classic’ HSTs to bolster reliability after being issued with a remedial plan notice by Transport Scotland.

The notice was issued on 24 December 2018 following poor performance, which ScotRail chiefly attributes to late delivery of Class 385s from Hitachi and refurbished HSTs by Angel Trains and Wabtec, along with a variety of traincrew issues.

These issues came to a head with the December timetable change, when the numbers of both ‘385s’ and HSTs deployed in daily service rose as additional services were introduced across the network. ScotRail also highlights the increased number of drivers moving to other operators, more than double the previous two years, with the company saying these operators offer higher rates of pay, with particular challenges at its Edinburgh depot. An extra 55 drivers and 30 conductors are being hired during the course of the year.

To improve HST availability, ScotRail has leased three additional classic sets which are unrefurbished, with one entering passenger service on 15 March and a further set dedicated to driver training. The operator says it has reassessed Wabtec’s refurbished HST delivery plan, noting the company has committed to extra production lines in Doncaster and an extra production line at its Kilmarnock works to improve delivery timescales. Reliability improvement modifications have also been made to the HSTs, along with actions to improve Class 158 and 170 reliability.

ScotRail was due to withdraw the two loco-hauled sets used on Fife Circle commuter services in May but will now retain them to provide additional resilience until sufficient HSTs are in service to deliver the planned cascade of Class 170s to Fife routes. The contract will be extended until May 2020, with a further option to extend until December that year.

Actions targeted at better performance include increased resources in ScotRail’s control centre, including four additional employees to improve incident management, three additional train running controllers and implementation of a new policy to recover from fleet failures more quickly. Other areas of focus include an additional £500,000 a year for the Performance Improvement Fund (PIF), completion of a pilot with roving microphones at Glasgow Central and Argyle Street Low Level stations and updating of customer information screens at 16 stations.