JAMES ABBOTT will be retiring as Editor of Modern Railways after the April issue this year and will be replaced by current Assistant Editor Philip Sherratt.

James has edited the magazine since 1983, with a five-year break at the turn of the 1990s. During that time the magazine has become the leading journal for the rail industry, renowned for its up-to-date reporting and perceptive analysis on the latest developments. While he is stepping down as Editor, James will remain a key part of the Modern Railways team, continuing to contribute to the magazine and supporting its major programme of events including the 4th Friday Club and Modern Railways RVE. 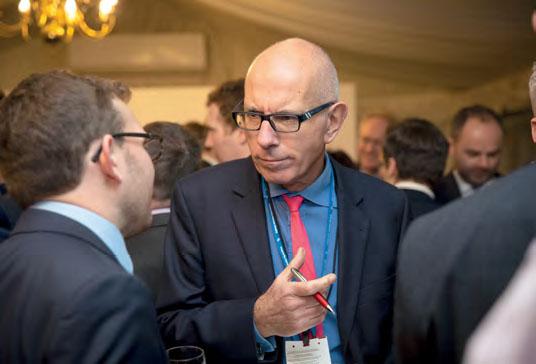 Getting the story: James Abbott at an industry reception in the Houses of Parliament.

‘Modern Railways has aspired to the highest editorial standards ever since its inception in 1962: it is a great comfort to me that I can hand on the editorial baton with confidence to someone who will uphold those standards’ commented James. ‘Philip Sherratt has proved himself an able Assistant Editor and I am sure will shine as Editor – I wish him all the best.’

Philip joined the magazine in 2014 as an assistant within the editorial team. As well as contributing to the magazine and its events programme, he has played a key role in the development of Modern Railways Insight, the licensed online news and directory which launched in 2015. 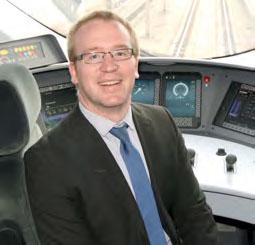 ‘Modern Railways has been at the forefront of reporting on events in the railway industry for nearly 60 years’ said Philip. ‘Under James’s editorship it has set high standards for incisive reporting which gets to the heart of the issues that matter and is now the market-leading magazine. It is a great privilege to be able to carry on this excellent work and continue to grow and enhance the Modern Railways portfolio at an exciting time for the industry, with major investment taking place through projects such as Crossrail and HS2, as well as the potential for significant structural change courtesy of the Williams Review.’

As part of these changes, there is an opportunity for a new Assistant or Deputy Editor to join the team, based at Key Publishing’s office in Stamford. An attractive package is available for the right applicant; for more details of this vacancy see the advert on page 21 or visit www.keypublishing.com/vacancies.