NEW PICC FLEET CONTRACT AWARD BY END OF MAY 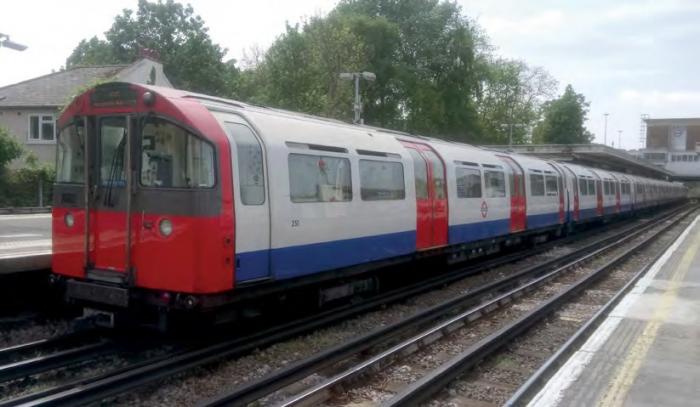 1973 stock: set for replacement. This is Northfields on the Piccadilly Line on 7 May 2017. Philip Sherratt

Programmes and Investment Committee was due to approve the award of a contract for a new fleet of 94 trains for the Piccadilly Line at its meeting on 16 May.

TfL intended to award a contract for the fleet to its preferred bidder by the end of May, as the first element of the Deep Tube Upgrade Programme, due to eventually span four lines. The aim is for the first train for the Piccadilly Line to be delivered in August 2023 and the full fleet to be in service by 2026, allowing the introduction of an improved timetable with a peak service of 27 trains per hour (tph), up from 24tph today.

TfL originally shortlisted five bidders for what was then the New Tube for London contract. There are now three bidders in the frame:

◘ Bombardier and Hitachi have formed a joint venture;

◘ CAF was shortlisted but declined to submit a bid.

The contract will see TfL enter into a Manufacturing and Supply Agreement (MSA) and Fleet Services Agreement (FSA) in relation to the new fleet. The 94-train order would be a base order, with subsequent options to purchase an additional seven trains to allow an uplift to 33tph when the line has been resignalled, and then eight more trains for a further frequency uplift to 36tph.

The purchase of the additional trains and the resignalling will be subject to separate approvals, planned for next year. TfL says the trains ‘will be designed to be future proof and capable of supporting the latest automatic technology’ but will initially run with an operator on board. It is also envisaged that the Piccadilly Line will take over the District Line’s Ealing Broadway branch once the line’s upgrade is completed, enabling a boost in service on the District’s Richmond and Wimbledon branches.

TfL’s report to the committee indicates the new trains will be six metres longer than the current 1973 stock. This, combined with a more spacious interior layout, will provide a capacity increase of 19% per train. The fleet will be fully accessible, with walk-through interiors, saloon air-cooling, all double-doors, modern audio/visual communications and customer information systems. The new train specification requires an average fleet reliability of 120,000km Mean Distance Between Service Affecting

Failures following an initial period of post-delivery reliability growth. Associated infrastructure works to support the new Piccadilly Line fleet will include a power supply upgrade to 750V, substation upgrades, and major remodelling at Cockfosters and Northfields depots between 2020 and 2024 as well as upgrading and expansion of train stabling facilities at South Harrow to support the expanded fleet.

The Deep Tube Upgrade Programme also plans to encompass subsequent new fleets and signalling systems for the Bakerloo, Central and Waterloo & City Lines. The procurement process for a Signalling and Train Control System has also begun, with Alstom, Siemens and Thales shortlisted to proceed to the tendering stage; tenders for this contract are scheduled for return in the autumn, with a tender validation stage to follow in 2019.