I hope readers are finding this new feature interesting. This month I have collated the results for the last four periods of 2017-18.

On units in service both South Western Railway and Great Western Railway are running a constant fleet size, while Govia Thameslink Railway is pushing sets into service as they arrive and are commissioned.

Transport for London and Bombardier are gradually increasing the number of Class 345 units in service.

On mileage both the Siemens Desiro City fleets and Hitachi with the Class 800s are seeing the numbers increase steadily. Class 800 mileage has almost doubled over the four periods, with TINs halved.

In the two Desiro City fleets SWR has taken a notable scalp with the first reporting period at over 10,000 MTIN. With the GTR Class 700s, Siemens is still paying the price for infant mortalities as brand new trains enter service.

But, with deliveries almost complete, I still back these units to be the first of the new fleets to achieve a sustained 10,000 MTIN moving annual average (MAA), even though their sister units at SWR continue to top the TIN-watch table. 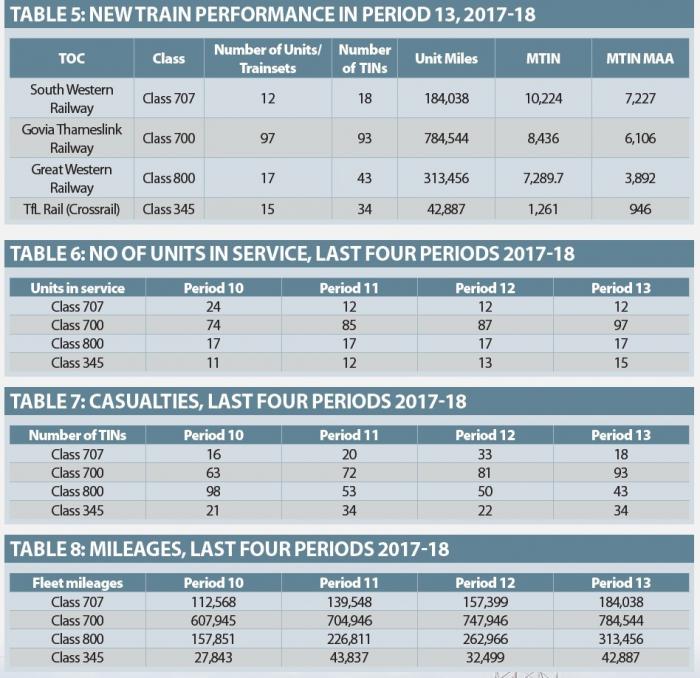 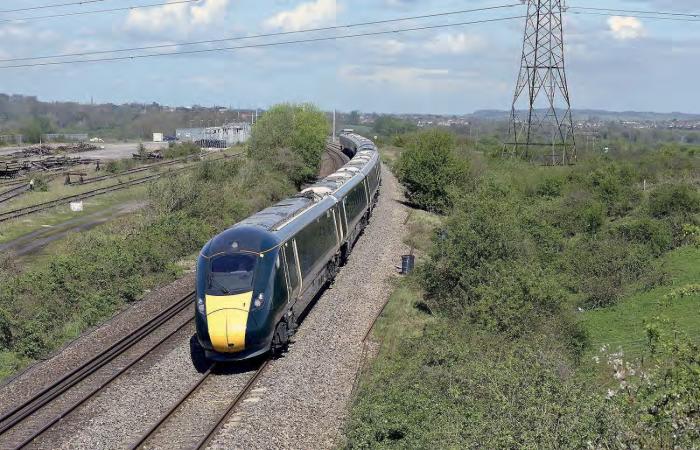