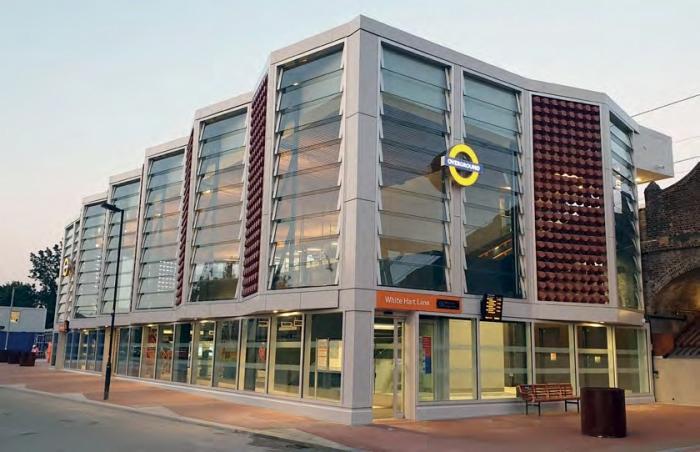 Terracotta inspiration: the exterior of the new White Hart Lane station, where the design borrows on the idea of clay pots used in glasshouses that used to dominate the area. Courtesy
TfL 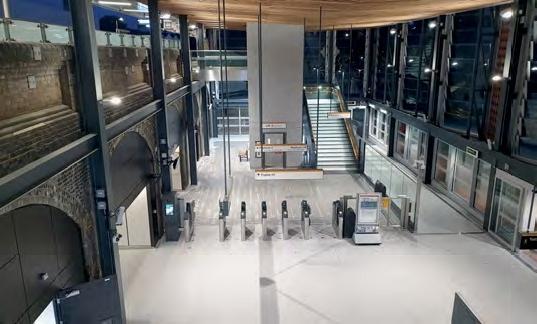 Transport for London says the design will provide quicker and easier access for both commuters and those attending matches or events at the new Tottenham Hotspur football stadium. Two new entrances provide access to the ticket hall, and two new lifts were due to be brought into use in early September to provide step-free access to the platforms for the first time. Two fixed staircases link the ticket hall to the platforms, one for regular use and one to provide extra capacity on event days. Other improvements include a new station forecourt on Love Lane, new cycle parking, improved CCTV and an additional ticket vending machine in the ticket hall.

The design of the station is intended to acknowledge the local heritage of the area, with the triangular sections of the station façade symbolising Tottenham’s horticultural past, with reference to the glass greenhouses that once dominated the area. The terracotta pot cladding which covers the eastern and western façade acknowledges the time these were manufactured on White Hart Lane from clay sourced in local pits.