OVERNIGHT RAIL service Caledonian Sleeper has appointed Yasmeen Ibrahim to the post of corporate sales co-ordinator as part of the company’s aim to expand business travel sales from London and the South East of England. Ms Ibrahim, who has experience working in the hospitality, events and travel industry, arrives at Caledonian Sleeper from Etihad Airways and will develop the company’s business travel products and services. 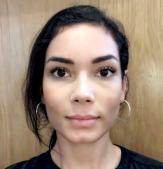 JOANNA WHITTINGTON has been confirmed as chief executive at the Office of Rail and Road on a permanent basis. Ms Whittington has led ORR as interim CEO since January 2016, replacing Richard Price after his five-year term concluded. Prior to that she was ORR’s director of railway markets and economics and a member of the ORR board. She first worked for ORR between 1995 and 1999, before leaving to join Ofgem. Ms Whittington is an economist, and after graduating from the University of Oxford she worked as an economic consultant, specialising in transport.