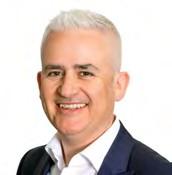 ATKINS PRESIDENT Philip Hoare has been appointed as chair of the Rail Supply Group. Mr Hoare has worked for Atkins since 2007, being appointed CEO for the UK and Europe in January 2018 and President in May this year. He succeeds Gordon Wakeford, who has retired from his role as CEO of Siemens Mobility UK. The RSG is responsible for delivering the rail sector deal agreed last year by industry and government, with Neil Ridley appointed as programme manager for this. Mr Ridley was most recently Director of the Unlocking Innovation Scheme at the Railway Industry Association and will be responsible for co-ordinating and driving forward work on the sector deal.

TRANSPORT FOR London has appointed Andy Lord as Managing Director of London Underground and TfL Engineering.

Mr Lord will join the organisation on 4 November. He was previously Executive Vice President for Menzies Aviation, covering the European, Middle East, Africa and India (EMEAI) market. He spent more than 25 years at British Airways, having joined as a sponsored engineering undergraduate and eventually serving as Director of Operations from 2008 to 2015. He is also a non-executive director for defence equipment and support at the Ministry of Defence.

DIVERSITY IN apprenticeships in the transport sector is improving, according to the third annual report of the Strategic Transport Apprenticeship Taskforce (STAT).

STAT was launched in 2016 following a recommendation by Crossrail Chair Sir Terry Morgan in his infrastructure skills strategy to help deliver the Government’s commitment to creating 30,000 new apprenticeships in transport by 2020. Key commitments for 2019-20 including piloting a pre-employment training programme and developing a shared apprenticeships programme in data analytics and data science to plug an important future skills need. 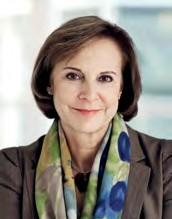 BOARD has appointed Dominique Reiniche as its new chair. Ms Reiniche took up the post on 1 July in succession to Clare Hollingsworth, who stepped down after six years in the role and a further three years before that as a non-executive director.

Ms Reiniche has previously been CEO of the Europe Group of The Coca Cola Company and of Coca Cola Enterprises, as well as non-executive director on a number of boards for international listed companies. She is chair of global biosciences company Chr. Hansen and non-executive director of Mondi, Paypal and Severn Trent. She began her career at Procter & Gamble and was also Director of Marketing and Strategy at Kraft Jacobs Suchard.

Tom Moran has taken up the role of Managing Director, Thameslink and Great Northern. He joined GTR from the Post Office, where he was most recently Network Development Director & Group Strategy Director, prior to which he worked at KPMG and the Confederation of British Industry (CBI). He indirectly replaces Stuart Cheshire, who was Passenger Service Director for Thameslink and Great Northern but has left GTR. The equivalent MD role for Southern and Gatwick Express has been taken up by Angie Doll, who was formerly Passenger Service Director for the two brands. The two MDs have joined 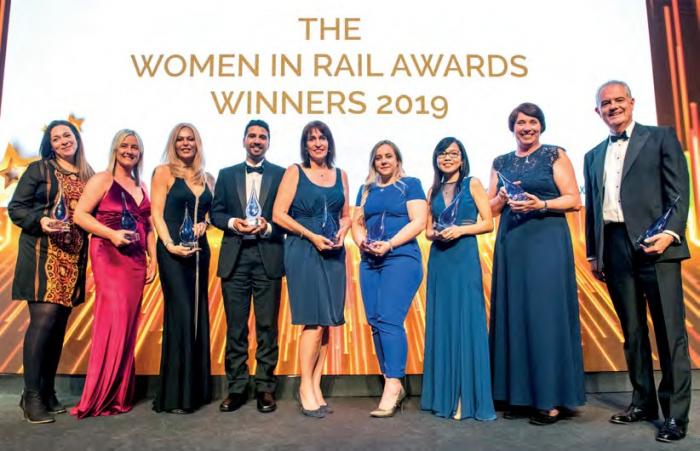 Hard work recognised: here are the employees who received awards at the second annual Women in Rail awards ceremony on 15 May, held at the Roundhouse in Camden. The awards celebrate teams and companies who are working hard to create a more diverse and inclusive work culture in the industry and to unlock the full potential that diversity offers. Nine awards were presented across five individual and four team and corporate categories. 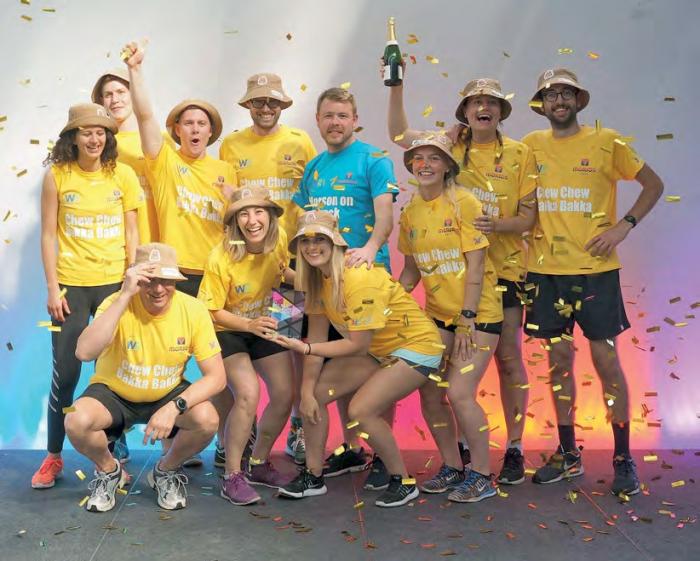 Annual Women in Rail flagship event is biggest ever

Arecord 620 delegates from across the UK rail sector attended the fourth Big Rail Diversity Challenge at Newark Showground on 27 June. The Big Rail Diversity Challenge is charity Women in Rail’s annual flagship event designed to highlight the benefits of gender balance and diversity in the industry. Teams of 10 from organisations across the industry took part, with teams representing passenger and freight operators, rolling stock manufacturers, suppliers and leasing companies, infrastructure firms and industry bodies. Each team was required to meet the crucial stipulation of having a gender balanced team.

The challenge itself is described as a cross between Krypton Factor and It’s a Knockout, and consists of a series of fun physical and mental challenges. Members of the British Transport Police, RAF and British Army Royal Engineers provided some of the challenges alongside rail industry charities Railway Benefit Fund and Railway Children. The overarching aim is to show that gender diverse teams work better together and to raise awareness of the business benefits when companies improve their female to male worker ratio.Now in its fourth year, the event continues to grow and is now at capacity.

The Big Rail Diversity Challenge is an important step in the rail industry agenda’ comments Adeline Ginn, Founder of Women in Rail. ‘It openly seeks to disprove one of the most destructive myths in professional life: that women and men cannot work effectively together. By engaging both men and women in equal measure, we have started to tackle gender imbalance head-on and create a more attractive, productive and successful industry in the process.’

The Big Rail Diversity Challenge is organised and delivered on behalf of Women in Rail by Nimble Media, which is also the delivery partner for the annual Women in Rail awards. Vicky Binley, Director at Nimble Media, said: ‘We are delighted to be working with Women in Rail to deliver such an important event to the industry. Since the event’s launch in 2016 it has grown by a staggering 85% attendance to reach capacity which demonstrates the passion, support and enthusiasm for the brilliant work that the Women in Rail team undertake. The feedback is positive with companies already securing a place at the 2020 event. I would like to extend thanks to Morson International and Colas Rail for sponsoring once again and of course all the companies who support and enter teams.’

More details about the event can be found at www.bigraildiversity.co.uk. Bookings are already open for the 2020 event, which will take place on 25 June.

BRDC is the ideal “day out of the office” type of event, bringing everyone together to take part in a challenge in which everyone is a winner. We laugh, bond, exercise and increase our network.’ Roxana Lupascu, Assistant Project Manager, Colas Rail

‘Thanks to all the team at Nimble Media for their fantastic efforts in pulling together the 2019 Rail Big Diversity Challenge. The day was a huge success and a big push towards the continued improvement of gender diversity in the rail industry.’ Helen Hasse, Risktec Solutions Limited

‘A fabulous way to promote and celebrate diversity in our industry, met some great people and challenges had some real team building benefits.’ James Room, Rail Manager, Morson International

‘A fantastic, fun-filled day guaranteed to make positive memories with your colleagues that you will treasure forever.’ Geoff Lowdell, Skills Analyst, The National Skills Academy for Rail

‘I have worked in the industry for 30+ years and it is definitely the best cross-industry event I have been part of.’ Carol Jenkins, PA to Chief Operating Officer, ScotRail ‘Highlight of the year! A fantastic and well organised event, celebrating everything great about the rail industry.’ Roisin Naughton, Young Rail Professionals

At the end of the challenges, an awards ceremony was held with prizes presented as follows:

Team of the Year, for the highest overall score – Chew Chew Bakka Bakka, from SCS Railways;

▀ Best Team Name – Some like it Scot, from Abellio ScotRail;

▀ Railway Children Charity Challenge Award – Dexter’s Rogue Squad, from Direct Rail Services (for creation of a promotional music video for the charity using a variety of objects or ‘junk’ which many street children collect to make money for food, shelter or protection);

▀ Bridging the Gap challenge award – Arriva Rail London (awarded to the team which showed the ability to laugh at the toughest times, whilst still achieving their goal);