COMPRESSED TIMESCALES HIGHLIGHTED AS KEY CAUSE OF MAY TIMETABLE TROUBLES

THE HOUSE of Commons Transport Committee has begun an investigation into the cause of the difficulties with introducing new timetables in May, including sessions with operators Govia Thameslink Railway and Northern and with Network Rail.

The former GTR Chief Executive Charles Horton told the committee: ‘The big lesson for me from this particular problem is that we should never again embark on a major timetable change when the planning horizons have become compressed to such a level. We have proved, and unfortunately have ample evidence, that trying to squeeze a major timetable change into a few weeks is fraught with risk and difficulty. Frankly, it is not something that I would ever wish to see embarked upon again because it is just too difficult.’

Jo Kaye, the Managing Director of Network Rail’s System Operator function, explained Northern asked for its timetable to be rolled over, but this was not possible because ‘we could not just simply maintain one operator with one plan when other train operators were moving to a different plan. When a timetable is so interlinked in that way, that simply is not possible. That is why we went for the rewrite option.’

Discussing the work of the Thameslink Industry Readiness Board, NR’s South East Route Managing Director John Halsall admitted the IRB ‘failed to deliver its primary goal, which was a successful roll-out of the May timetable’. Reflecting on the situation and the decision to extend the phasing of the Thameslink timetable (p10, December 2017 issue), he continued ‘The truth of it is that there was a tiny moment that I can see, round about November… it was the one moment in time when as an industry we could have put our foot on the ball and said, “No, stop,” and raised a flag at a moment when it would not have caused complete national mayhem.’ However, he noted ‘at that point every member of the board and their respective teams believed they could deliver it’.

The committee also held a session with IRB Chair Chris Gibb and Chair of the IRB’s Independent Assurance Panel Chris Green. Mr Gibb told the committee the key lesson from the difficulties is the need to respect timetable planning deadlines. ‘I think we knowingly broke the rules quite a number of times, but we did so with a detailed knowledge of the process’ he said. ‘People agreed to break the rules and adopt a different process. Network Rail and the train operators agreed to do things differently.’ 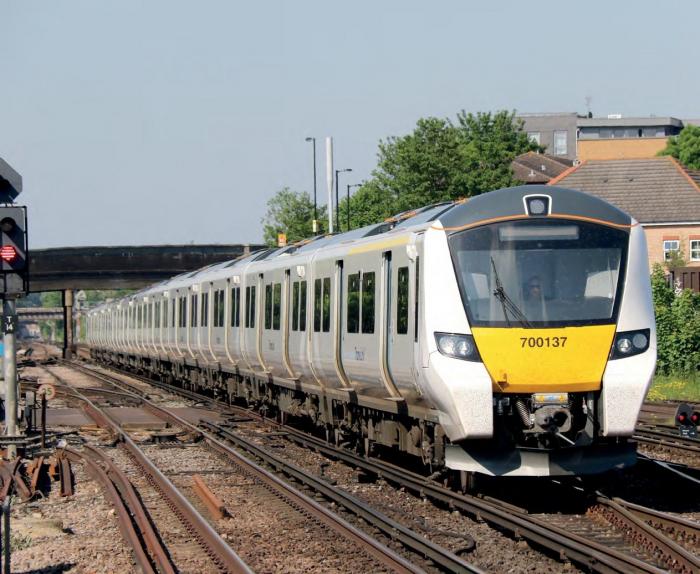 DFT SAT ON THE PROBLEM

Mr Gibb told the committee the decision to spread the phasing of Thameslink timetable improvements arose from a recommendation he made in April, but the Department for Transport did not formally agree to this until 31 October, with it then being discussed at the IRB meeting on 17 November. Mr Green suggested this ‘was far later than it should have been, and triggered all the problems that followed’, adding ‘If you say that you are going to have timetable discipline, 40 weeks before the new timetable is when you bid, and anything you do after that will put the timetable at risk. The date when that decision should have been made was 10 August.’

Mr Gibb agreed but pointed out ‘With the benefit of hindsight, it was a challenging thing to commit to, but, back in November last year, nobody said that the system could not cope with it—not Network Rail, GTR or anybody else around the table. They did not say, “Are we not being a bit heroic here?” Nobody said that. In fact, back in November, if we had said, “We want to delay the whole Thameslink project because the timetable is late,” I do not think we would have been taken seriously at that point.’ He noted the issues surrounding Northern’s need to rewrite its timetable, placing additional pressure on NR’s timetabling function, had not at that stage emerged.

Noting issues raised at the IRB meeting on 4 May, the last before the 20 May timetable change, Mr Gibb explained ‘We believed, and we were told at the board, that all the issues we were presented with on 4 May could be mitigated, that there were ways to deal with the challenges and that it would work on 20 May. Between 4 May and 20 May, time really ran out and it was impossible to get enough drivers in the right places with the right skills, working to the very inefficient plan that had been prepared at the very last moment when the timetable was eventually agreed. If we had had more time on any level, we would have made a better job of it as an industry.’

The Office of Rail and Road inquiry into the issues with implementing the May timetable changes has begun, with a panel to advise Chair Stephen Glaister appointed.

Transport for London Commissioner Mike Brown will be joined on the panel by Civil Aviation Authority Chair Dame Deirdre Hutton; Anne Heal, a non-executive member of the ORR Board; and Michael Beswick, a former ORR employee and non-executive board member. The panel will advise the inquiry as it collects evidence from organisations.

ORR says the inquiry will focus on what took place when the timetable was introduced compared with what should have happened and will concentrate on where there were differences, and the underlying causes. It will examine the disruption experienced by passengers, especially on lines served by Northern and Govia Thameslink Railway. Initial findings will be published in September, with a final report by the end of the year.