THE NEW fifth platform at Stevenage station was brought into use on 2 August, served by terminating services from the Hertford loop. Work began on the new 130-metre-long platform in early 2019, along with around 2km of new electrified track. Spencer Group was the contractor, utilising a 200-strong multidisciplinary team. 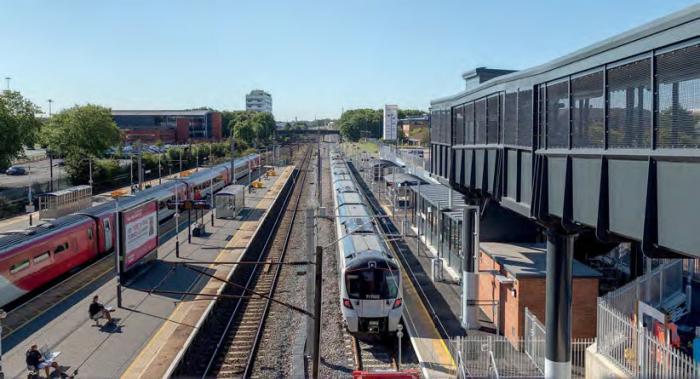 The opening of the platform means Govia Thameslink Railway’s trains from the Hertford loop can again run through to Stevenage throughout the week. When GTR introduced new Cambridge to Brighton Thameslink services in 2018 there was insufficient capacity in the existing four-platform station at Stevenage to also accommodate Hertford loop services, and a bus replacement from Watton-at-Stone was introduced. Completion of the new platform was originally due in 2021 but has been accelerated by Network Rail and GTR, with opening planned for May but delayed due to the impact of Covid.