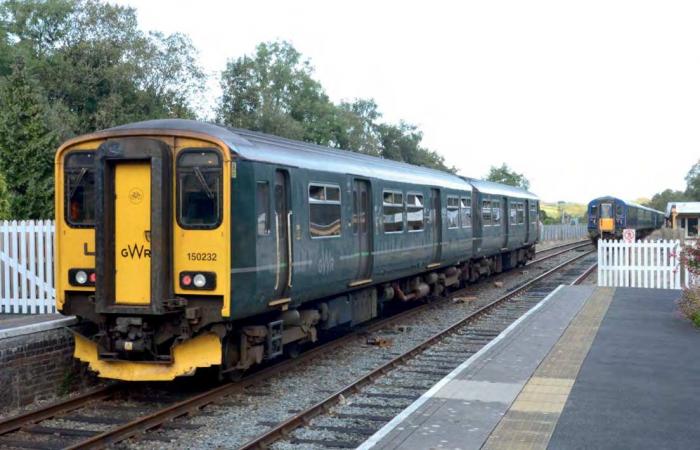 Regular service coming: GWR’s No 150232 leaves Okehampton with the 17.56 service to Exeter St David’s on 8 September 2019. This is one of the summer Sunday services which have run in recent years; Project Speed has assisted plans to introduce regular seven-day services on this line later this year. D.W.V. Hunt

THE RAIL Project Speed initiative to accelerate delivery and cut the cost of projects was launched at a conference hosted by the Railway Industry Association on 26 February.

The conference opened with a video message from Prime Minister Boris Johnson, who pledged his support for the initiative as a means of building back better from the Covid crisis. Rail Minister Chris Heaton-Harris told the conference there is a business imperative to get on with modernisation of the network, but there is a need to guard against complacency as the success of current rail programmes will influence future investment.

Speed stands for Swift, Pragmatic and Efficient Enhancement Delivery, and Rail Project Speed was jointly developed by the Department for Transport and Network Rail last summer. Initial details of the initiative were first revealed in our September issue (p9), including an initial tranche of candidate schemes. The Government has highlighted the restoration of passenger services on the Northumberland line between Ashington and Newcastle-upon-Tyne as an exemplar project (see feature, p70), while the restoration of regular services to Okehampton (see box) is another Project Speed scheme which has delivered early results.